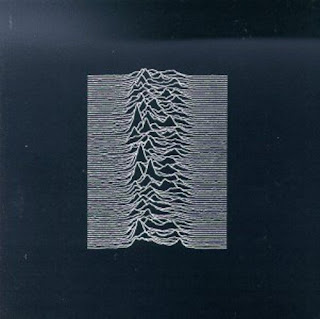 Back in 1979 when this debut album landed, it came without any instructions for use. A front cover without band name or album title. True it was there tiny and elegant on the back cover, but no track listing, that was reserved for the record labels themselves, although that was of no guidance as there was not ‘Side 1, Side 2’, just “Outside” and “Inside”. I can’t remember that first trepidatious spin which side I plumped for first, but I do know that thereafter I always started with “Inside” because that seemed right to me. It’s only when I digitised my collection to iTunes did I realise I’d effectively been opening up with Side 2.

So you’ll forgive me continuing the trend, since I played this record every day for god knows how many years, parsed the lyrics and even wrote my first Edinburgh Fringe Festival play off the back of this record. It means I missed the possible cue in real opening track “Disorder”, whereby Ian Curtis states “I’ve been waiting for a guide to come and take me by the hand”. But it wouldn’t have been any use, Curtis wasn’t offering himself as a guide through this record. He was as much in need of assistance in navigating through his labyrinth of dark emotions as the listener. So instead I opened with the electronic drum pulse of “She’s Lost Control”, an urgent tugging of your lapels by someone desperately pleading for your help and a music that itself builds up to plunging off a crevasse. Next track is the walking-late-at-night-in-the-deserted-blighted-part-of-the-city menace of “Shadowplay”. A track that oozes paranoia when all the narrator wants to do is meet up with his lover, but the city-as-minotaur has other plans. The narrator’s emotional failing are what feed the Minotaur, “I let them use you/ For their own ends”. And in case you didn’t get the soundscape setting, the next track is “Wilderness”, a Christ in the desert, where that desert is a shifting, rotting city full of abandoned and wrecked buildings. Then perhaps my favourite track although it’s not really hummable, “Interzone” which references William Burroughs and is a speed fuelled tear through a city like you’re trying to escape its borders before you are set upon, yet you have to find someone in the nightmare scene. Curtis and Peter Hook share alternating and overlapping vocals on this, a most discomfiting of tracks. “Inside” finishes off with a final dissection of Curtis’ inner emotions with “I Remember Nothing”, a doomy, leaden trawl of a man’s failing psyche. I’m not always in the mood for this track, as sometimes it can be a bit too ponderous, but there’s a lot of interesting stuff going on vocally in the way it’s mixed with double tracking and some almost whispered. This was the influence of producer Martin Hannett, who also created a sub-voce soundtrack with effects such as smashing glass and sirens, but it’s what he brings to the drums and Curtis’ voice that make the sound of “Unknown Pleasures” stand out so much from its peers. Curtis’ voice manages to sound mechanical without being robotic, it also seems claustrophobic yet opens out the space for great emotion.

On the “Outside”, after the rumble ushering in of “Disorder”, you come to “Day of The Lords”, a song which moves from looking inside as room that once hosted a relationship, to glimpsing in through a car window as it sits abandoned on a rubble pile that was once that house. It is a truly devastating song, “Oh I’ve seen the nights filled with bloodsport and pain/ The bodies (body’s?) obtained, the bodies obtained”, ugh you know exactly what relationship he’s signing about there. “Insight” which is almost the sound of synapses firing and under siege with the velocity of thoughts assailing the mind under scrutiny. The musical assault triumphs and the mind is beaten into submission. And then we end of the magisterial “New Dawn Fades” which is the perfect closer and why I always felt that “Outside” was side 2. The music just builds and builds as any dawn of hope for the future is gradually snapped off by a welter of self-recrimination, “Overreached, mistakes were made”… “a loaded gun won’t set you free” and “Oh I’ve walked on water run through fire/ Can’t seem to feel it any more/… Hoping for something else”. Gut wrenching. We can never escape ourselves. Curtis’ lyrics were profound but they were also deeply lyrical. Joy Division and this album in particular, allowed young males of the species to dare look inside themselves instead of being beery and inviolable and admit vulnerability or doubt. It allowed them to explore their own poetic souls at a time when punk just wanted to gob on anything and everything as its fullest expression of emotion.