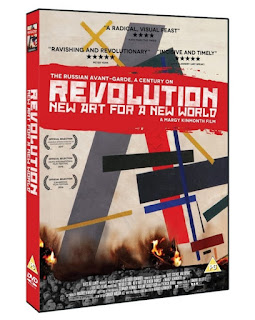 Foxtrot Films announce the release of Revolution: New Art for a New World on April 3rd...

The film’s release coincides with this year’s centenary of the Russian Revolution and follows a preview of the film featured at the official launch of the Royal Academy of Arts, Revolution: Russian Art 1917–1932 exhibition this year. 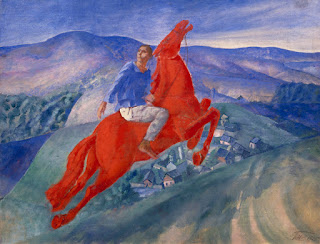 Directed and produced by acclaimed filmmaker Margy Kinmonth, Revolution - New Art for a New World is a bold and exciting feature documentary that encapsulates a momentous period in the history of Russia and the Russian Avant-Garde. 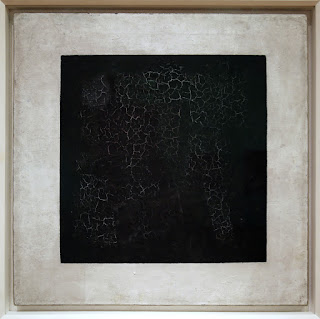 Revolution - New Art for a New World brings to life the artists of the Russian Avant-Garde by drawing on the collections of major Russian institutions, including rare unseen 100 year old archive footage from the Russian film vaults. Also featured are contributions from contemporary artists, curators, performers and personal testimony from the descendants of those involved, many of which have never been filmed before. 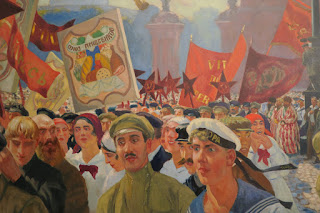 It tells the stories of artists like Chagall, Kandinsky, Malevich and others – pioneers who flourished in response to the Utopian challenge of building a New Art for a New World, only to be broken by implacable authority after 15 short years. 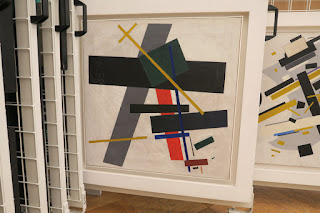 Stalin’s rise to power marked the close of this momentous period, consigning the Avant Garde to obscurity. Yet the Russian Avant-Garde continues to exert a lasting influence over art movements up to the present day. Revolution - New Art for a New World confirms this, exploring the fascination that these colourful paintings, inventive sculptures and propaganda posters retain over the modern consciousness 100 years on. 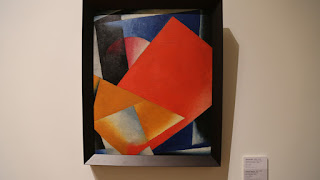 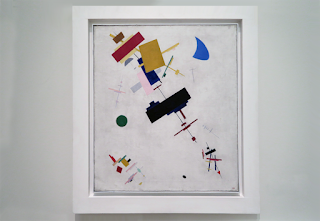 Director/producer Margy Kinmonth says: “I was inspired, as an artist, to discover how many of the descendants of Russian Avant-Garde artists are themselves working as artists today. Access to their intensely moving stories brings to life this extraordinary period of artistic innovation, which continues to exert such a powerful legacy a hundred years on.” 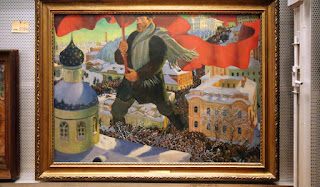 Revolution – New Art for a New World was created with the support of Alisher Usmanov the Founder of the Art, Science and Sport Charity Foundation who has said: “The beginning of the 20th century is one of the most exciting periods in the development of Russian and world art. The film Revolution - New Art for a New World allows viewers to immerse themselves in this controversial time for a fresh look at the ideas and works of art of the avant-garde, whose courage amazes after 100 years.”