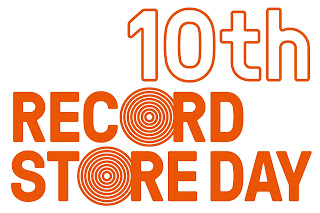 The full list of over 500 records, which can be found HERE as it's far too big for one article, will be making their way exclusively into independent record shops across the UK on Saturday 22nd April. The record labels have once again given a set of special releases to work with. From this generous selection shops will each curate their own unique Record Store Day offerings. As always, there is a massive range of music on offer, across all genres, enticing more shops (and hopefully customers) than ever to get involved.

Looking at the list there's everything from The Animals and Aqua to Wishbone Ash and The Wedding Present. There's punk to funk, Sia to Saxon. There's Bladerunner picture discs and the Quatermass soundtrack. From Prince to Pink Floyd, Hayseed Dixie to Christopher Lee, there's something to suit every turntable.

Natasha Youngs of Resident Music in Brighton said “Shops all over the country will be supporting the releases with an array of events (live music, raffles, quizzes, giveaways and more), offering a day that truly celebrates the record shop culture that we all live and breathe every day. The UK’s independent record shops are a fiercely diverse set of businesses but this event brings us together to celebrate our differences.”

Kate Tempest said "The reason I think it’s important to celebrate independent record stores and to support them and to celebrate the existence of the ones that remain, is that when you’re looking for a point of contact into music, as a kid especially, these are places where suddenly it becomes real – this imaginary universe you contact when you’re listening to a record – there’s a space when you can go and immerse yourself in all these other potential universes that exist. It’s a place of education and opportunity – it’s so exciting – I think especially in this day and age to be around all this vinyl and real music that’s there and is in the grooves and everytime you go into a shop you realise how much more there is and how much more there is to learn and how much more you can pursue you a certain genre of music or a certain musician – there’s all these little spring boards that can happen – in a record store that’s just not quite the same when you’re flicking your digital catalogue of music because you can’t access the same coincidences that you can in a record store and being around other people that are equally weird that exist in those spaces – I used to work in them so I know what I’m talking about – I’m allowed to say that they’re a bunch of weirdos. I think they’re good places and they’re important, especially for people when they’re just getting into music and just learning about how much music can be in their lives – that’s what I think about that. "

As a birthday gift to record store fans, the first 20 people in each store queue will receive a limited edition Fred Perry collaboration record bag for the releases they find on the day. The bags have been designed for Fred Perry by UK based artists Suzi Kemp, Melvin Galapon, Jack Kimberley and David Sparshott for the 10th anniversary.

Record Store Day was conceived 10 years ago in the USA and is coordinated by the Entertainment Retailers Association in the UK. The day brings together hundreds of the UK’s independent record shops to celebrate their unique culture. Exclusive vinyl is made available on the day and shops often have live music and in-store events to celebrate the event