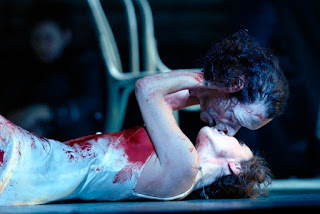 This autumn the Victoria and Albert Museum, in collaboration with the Royal Opera House, will create a vivid and immersive journey through nearly 400 years of opera, exploring its passion, power and politics...

The only exhibition ever to explore opera on a grand scale, it will immerse visitors in some key moments of the history of European opera from its roots in Renaissance Italy to its present-day form, by focusing on seven operatic premieres in seven cities. It will reveal how opera brings together multiple art forms to create a multi-sensory work of art, and show how social, political, artistic and economic factors interact with great moments in the history of opera to tell a story of Europe over hundreds of years.

More than 300 extraordinary objects, including important international loans, will be shown alongside digital footage of compelling opera performances. Objects on display include Salvador Dali’s costume design for Peter Brook’s 1949 production of Salome; Music in the Tuileries Gardens by Edouard Manet, a masterpiece of modernist painting contextualising Wagner’s modern approach to music in 1860s Paris; the original score of Verdi’s Nabucco from the Archivio Storico Ricordi in Milan; and one of two surviving scores from the first public opera (L’incoronazione di Poppea) will be on display. Original material from the 1934 St Petersburg premiere of Shostakovich’s avant-garde Lady Macbeth of Mtsensk will be reunited and displayed outside Russia for the first time: these include the composer’s original autograph score, along with stage directions, libretto, set models and costume designs. 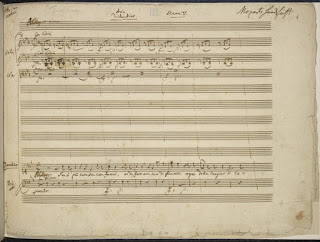 World-leading opera performances will be played via headphones, dynamically changing as you explore the cities and objects, to create an evocative and fully immersive sound experience. The exhibition will include a powerful new recording of the Royal Opera Chorus singing ‘Va pensiero’ (the Chorus of the Hebrew Slaves) from Giuseppe Verdi’s Nabucco, experienced in a 360-degree sound installation.

Opera: Passion, Power and Politics will be the first exhibition staged in the V&A’s purpose-built Sainsbury Gallery, one of the largest exhibition spaces in Europe, opening beneath the new Sackler Courtyard as part of the Exhibition Road Building Project. It will be accompanied by live events and other digital initiatives from BBC Arts in collaboration with the V&A, Royal Opera House and high-profile opera companies from across the UK to convey opera to a wider audience. To coincide, BBC Music will be working with the V&A interpreting themes from the exhibition across television and radio, including a landmark BBC Two documentary series exploring many of the same operas and cities, presented by Lucy Worsley and featuring The Royal Opera’s Music Director and Music Director of the V&A exhibition, Sir Antonio Pappano. Other activity will include live outside broadcasts, recordings of live performances of all seven featured operas on BBC Radio 3, and episodes of its flagship In Tune and Music Matters programmes – broadcast live from the museum. A partnership with King’s College London, the Royal Opera House and the V&A will create a free MOOC (Massive Open Online Course) introducing the core tenets of opera.

Kate Bailey, V&A curator of the exhibition, said: “Opera: Passion, Power and Politics will be an ambitious exhibition from the V&A, the world-leader in innovative performance exhibitions. We are delighted to be working so closely with the Royal Opera House, drawing together their expertise with the V&A’s broad collections to bring the total art form of opera to life in a stunning new space”.

Kasper Holten, The Royal Opera’s outgoing Director of Opera, said: “One of the first things I did when I arrived in London in 2011, was to reach out to leaders of other important cultural organisations. But I could not have imagined then that my first meeting with Martin Roth (then director of the V&A) would have resulted in an incredible collaborative journey that now results in this marvellous and immersive exhibition being born. The exhibition will show us opera as the soundtrack to the history of Europe. We hope to show audiences, both those in love with opera already and those who are still missing out, that the art form is alive and kicking and has as much to say to the society around it today as it did 400 years ago." 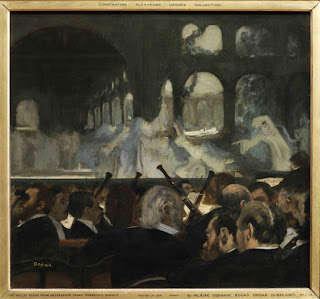 The seven cities and premieres are:

Venice - Monteverdi’s L’incoronazione di Poppea, 1642. The narrative of the exhibition will begin in Venice, a Renaissance centre of entertainment, gambling and disguise, with a sumptuous painting of composer Barbara Strozzi depicted as a courtesan. The original surviving manuscript score of Monteverdi’s L’incoronazione di Poppea – an opera exploring scandal and ambition, which premiered in Venice’s Carnival season 1642-3 – represents opera’s transition from private court entertainment to the public realm.

London - Handel’s Rinaldo, 1711. In 1711 Handel’s Rinaldo was premiered – one of the first Italian language operas performed in London, as the city emerged as a global trade centre. A dramatic, kinetic set will re-create the premiere’s elaborate staging, which caused a sensation at the time. The fashion for castrat0 singers will be shown through paintings and rare surviving costumes. Tensions at the time between the incoming European-inspired opera and traditional theatre are highlighted in a Hogarth engraving depicting crowds attending the opera as Shakespeare’s plays are wheeled away.

Vienna - Mozart’s Le nozze di Figaro, 1786. Mozart’s comic opera Le nozze di Figaro premiered in 1786 in Vienna, a centre of the Enlightenment. Its characters were drawn from everyday life and the singers wore contemporary costume on stage. Fashionable dress as worn by Mozart’s Count and Countess Almaviva will be on display. The role of the composer will be examined through the figure of Mozart, and a piano he played on a visit to Prague will travel for the first time for the exhibition.

Milan - Verdi’s Nabucco, 1842. The growing importance of the chorus is explored through Giuseppe Verdi’s Nabucco which premiered in Milan in 1842. The opera’s ‘Chorus of the Hebrew Slaves’ (‘Va pensiero’) became an unofficial national anthem for Italy after the events of the Risorgimento led to the country’s unification.

Paris - Wagner’s Tannhäuser, 1861. In the 1860s opera enjoyed a high status in Paris, a city undergoing huge transformations. The 1861 Paris premiere of Richard Wagner’s Tannhäuser, which he had revised specially for performances in the city, polarised audiences, but Wagner’s vision for the art form proved inspirational for artists and writers.

Dresden - Strauss’ Salome, 1905. Richard Strauss’s explosive modernist opera Salome premiered in 1905 in Dresden, a progressive city in the grip of artistic expressionism, as depicted in Erich Heckel’s painting of the suburbs. The opera’s reception and the shifting perceptions of women that the story reflected will be examined. The exhibition also includes many depictions of Salome, from Aubrey Beardsley’s illustrations to a Versace costume design.

Footage from 20th- and 21st-century premieres will create a finale showing how opera has moved from Europe across the world and continues to take on new forms. The operas include Benjamin Britten’s Peter Grimes, Philip Glass’s Einstein on the Beach, Stockhausen’s Mittwoch aus Licht and George Benjamin’s Written on Skin.