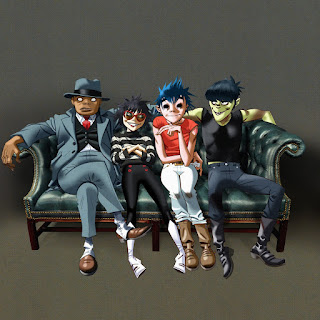 In the past week, Gorillaz have released a plethora (well, four(ish)) new music videos from their upcoming album Humanz...

And one of them has caused a bit of an internet riot, breaking YouTube records for the biggest debut of a VR video. The video was viewed more than three million times in its first 48 hours (although that may have been BEFORE certain portions of Murdoc's anatomy got censored) and has now been watched over five million times. Use the pointy thing (anatomical pun unintended) to scroll around the video below.


The non-VR version of Spirit House - so no 360 scrolly thing - has been viewed nearly 15 million times (below).


And then we got videos for the new tracks Ascension


And We Got The Power, with guest vocals from a certain high flying bird.

All of which add up to only a fifth of the tracks that are coming on the new album Humanz out on 28th April and available to pre-order now.