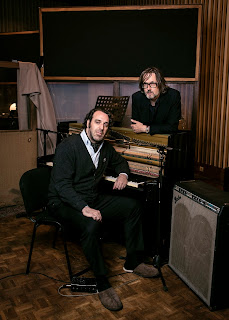 The Edinburgh International Festival has announced a wide-ranging contemporary music mix to its 2017 Festival programme which runs from 4th to 28th August...

Alongside performances from the worlds of theatre, dance, opera and classical music, the International Festival will include some of today’s greatest musical pioneers to Edinburgh in August. From the music of India and Afghanistan to Pakistan and Scotland, from folk and soul to psychedelia and beyond, they’ll bring their own unique blend of sounds to the 70th Anniversary concerts.

Artists featured include Anoushka Shankar whose music, though deeply rooted in Indian classical traditions, also embraces cross-genre collaborations and contemporary styles from around the world, will perform at the Usher Hall with work from her album Land of Gold, created in the context of the humanitarian plight of refugees. 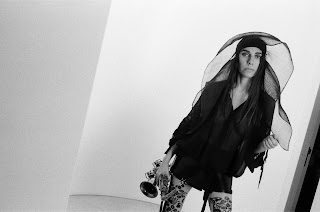 The Edinburgh Playhouse will see two-time Mercury Prize winner PJ Harvey sing songs from her recent Grammy-nominated and chart topping album The Hope Six Demolition Project, which was inspired by her travels to Kosovo, Afghanistan and Washington DC. From one Mercury Prize winner to another and Benjamin Clementine, the former busker now hailed as one of the greatest singer-songwriters of his generation, is joined by special guests at the Festival Theatre.

The King’s Theatre is the place to find Room 29 (pictured at the top). Fresh from its time at the Barbican last year, this is a new collaboration between former Pulp frontman Jarvis Cocker and piano virtuoso Chilly Gonzalez, giving voice to the ghosts of Room 29 at the Chateau Marmont Hotel in Hollywood.

US Indie band The Magnetic Fields’ founder Stephin Merritt will celebrate his 50th birthday with 50 brand new songs chronicling moments from the Vietnam War to the New Romantics in London, from painful medical conditions to his ups and downs in love. These 50 songs will be split across two separate concerts which also feature 50 years of musical and decorative artefacts. 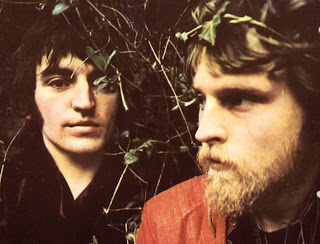 Scotland’s own music is not forgotten either. One of the most influential groups to come out of Scotland, The Incredible String Band has inspired listeners and musicians including the Rolling Stones, Led Zeppelin and The Beatles since they formed in the late 1960s. Paying homage to the group, which split in 1974, their manager and producer Joe Boyd invites guests to perform songs alongside former band members at the Playhouse. And there will be two Burns related exhibitions, featuring work from Scottish artists Douglas Gordon and Graham Fagan. The Makar, Jackie Kay, and singer Ghetto Priest, Brian Bannatyne-Scott and David James will come together with the Scottish Ensemble for 4 late night concerts at the Great Hall of the National Portrait Gallery.

For more information and to book tickets (from next Saturday) please visit the EIF website.