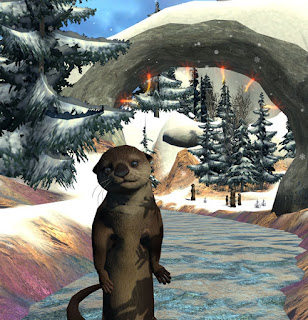 Available in the National Theatre’s Lyttelton Lounge for an hour after Ugly Lies the Bone performances, Cool is a VR immersive installation which inspired the play...

Ugly Lies the Bone, a new play by US playwright Lindsey Ferrentino currently on at the National Theatre in London, examines the use of virtual reality in treating soldiers experiencing PTSD.

‘Beauty is but skin deep, ugly lies the bone; beauty dies and fades away, but ugly holds its own.’

Jess, a soldier returning home to Florida after three tours in Afghanistan, experiments with a pioneering virtual reality therapy. She builds a breath-taking new world where she can escape her pain. There, she begins to restore her relationships, her life and, slowly, herself.

Thanks to a unique partnership between Firsthand Technologies and the National Theatre’s Immersive Storytelling Studio, with technical partner HTC Vive, audiences can now experience Cool!, a VR Pain Control Therapy similar to that which Jess experiences in Ugly Lies the Bone in an immersive installation front of house after performances. Firsthand has been working at the forefront of VR pain research for many years, collaborating with leading scientists including Dr. Hunter Hoffman, Dr. David Patterson, and Dr. Thomas Furness to create SnowWorld, the VR pain control therapy which inspired Ferrentino’s play Ugly Lies the Bone. 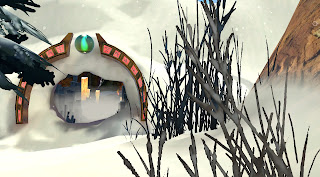 Studies show that VR can provide effective pain relief, often better than drugs, and immersion is the key to that relief. In experimental trials with SnowWorld it was typical for at least 60% of patients to experience a more than 30% reduction in pain. Comparatively, a dose of morphine is often calibrated to reduce pain by 25%. The more that people feel that they are present in a virtual world; the further it takes them from their pain.

Peter Frolund, Vice President of VR (Europe) at HTC said: ‘Jess’s story in Ugly Lies the Bone is really powerful and it is a brilliant way of showcasing some of the amazing things that people are using Vive for right now. It is important that people realise that VR can be and is already used for so many purposes other than gaming. Whether that is in medicine, treatment of PTSD or education, we want people to broaden their horizons and make the most of VR to improve and enrich lives.’ 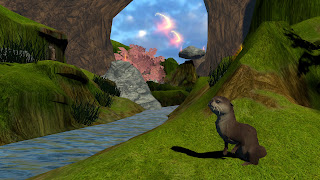 The full cast of Ugly Lies the Bone is Kate Fleetwood (last seen at the NT in King Lear and in the feature film London Road), Ralf Little (BBC’s The Royle Family, Two Pints of Lager and a Packet of Crisps and most recently Dead Funny at the Vaudeville Theatre, making his NT debut), Kris Marshall (BBC’s My Family and the feature film Love Actually), Buffy Davis (BBC Radio 4’s The Archers) and Olivia Darnley who recently toured in Filter Theatre’s Twelfth Night.

Award winning playwright Lindsey Ferrentino’s honest and funny drama was a New York Times Critic's Pick and played a sold-out run at Roundabout Theater Company. This UK production is directed by Indhu Rubasingham, who last year directed the award-winning ‘The Motherf**ker with the Hat’ at the NT and is Artistic Director of the Tricycle Theatre. Set design is by Es Devlin whose work crosses a wide range of genres: opera, dance, film, theatre, concerts and fashion. Her recent work includes Light Shining in Buckinghamshire at the NT and stage sets in collaboration with Beyoncé, Kanye West, U2, Jay Z and Adele. She designed the London Olympic Closing Ceremony and the Rio Olympic Opening Ceremony; video design is by Luke Halls; costume design by Johanna Coe; lighting design by Oliver Fenwick; music and sound by Ben and Max Ringham; and fight direction by Rachel Brown-Williams and Ruth Cooper-Brown of RC-Annie Ltd.