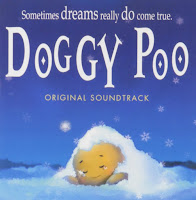 We are starting this week out on a very mellow track. Yiruma is a brilliant composer and piano virtuoso from Korea. I stumbled across his music on accident one day and have since purchased almost all of his work. He will pair with other instrumentalists or go solo with his piano, but regardless of his approach the music is touching and beautiful. This song sounds hopeful and reminds me of a couple’s first dance at their wedding. It belongs in a ballet somewhere, with beautiful women slowly turning in time to its movements. 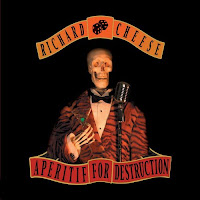 I was so excited when this song came up. There are few things funnier to me than listening to Richard Cheese. If you aren’t aware of his music, he and his band take famous songs from all genres and turn them into lounge music. His most recognizable for his cover of “Down with the Sickness” featured in Zack Snyder’s 2004 remake of Dawn of the Dead. He is a very gifted singer but even more so a gifted comedian. His comic chops can be heard in this cover of “Do Me!” where he begins by pronouncing the title words incorrectly. He is corrected and it turns violent, which leads to a wonderful meltdown for us to enjoy! Language will be an issue so it isn’t especially safe for work or children. 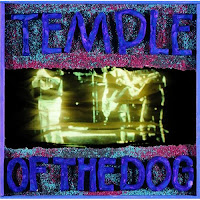 Temple of the Dog was a supergroup consisting of the surviving members of Mother Love Bone (who would later turn into Pearl Jam for the most part) and Soundgarden. This album and group were created as a tribute to the late MLB singer Andy Wood. This song is as 90’s Seattle as they come, full of a wonderful mix of bluesy rock and radio friendly harmonies. The instrumentals are perfect and capture a time in music that I have always and will always be a huge fan of. Of special note are Chris Cornell’s vocals which, if you know Soundgarden you know, are always incredible. This was at the height of their power and they deliver the lyrics in a beautiful and almost painful way. Cornell’s vocals alone are reason enough to check this song out but if they are the impetus to listen, the music will keep you listening. 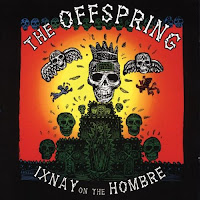 The Offspring was my first real introduction to punk music and while the music snobs out there will shout that the Ramones, the Sex Pistols, and the Clash are all REAL music, keep in mind that I was like nine years old when the Offspring became successful with their amazing album Smash so I hadn’t had a chance to hear those godfathers just yet. This song is a great example of The Offspring’s music. Fast, palm-muted power chords, double-time drumming, and Dexter Holland’s signature vocals. I love this song and if you like that re-emerging punk sound that came out in the mid-90s, this track is definitely for you. 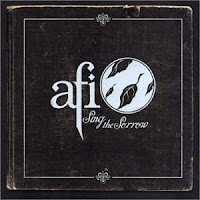 In 2003, AFI took a break from their hardcore and punk roots and took on a much more melodic, post-hardcore sound. With the release of Sing the Sorrow they established themselves as a powerful force in the emerging genre which also included giants like My Chemical Romance, Taking Back Sunday, Thursday, and Brand New. I love this song and the melodic elements and playoffs between the piano and the guitar in the beginning show how far the band had come in terms of sound. The song has a wonderful progression from quite to slowly building until each chorus and while the song seems to continuously build and change, it maintains the integrity of the sadness of which it starts.