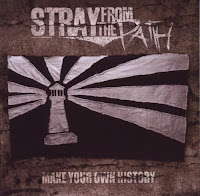 Hailing from the New York hardcore scene, Stray From the Path quickly became one of my most listened to albums. I had the distinct pleasure to see them at some busted local show in Lima, Ohio where they blew everyone off the stage, regardless of the fact that there were only twelve or thirteen people there when they played. They were also very humble and laid back guys and I got the chance to talk to them after the show. This album is my favorite of theirs. It was produced by Misha Mansoor of Periphery and you can hear some of that in the mix. This song is a great example of STFP’s musical stylings. It is aggressive, it is dissonant, and it just makes you want to move. You should pick up this album immediately and if you get a chance to see them live, take it. They are one of the few bands who sound exactly like the record. Also, this album, and this song in general, succeed in the monumental task of capturing live energy on a recording. 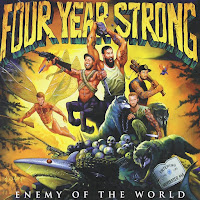 There are days that you just want to have a good time and when those days occur, there are few genres more fun loving than pop punk. Worried about your street cred? I wouldn’t. Four Year Strong is a fun-loving and unique amalgam of pop punk and metalcore, filling their music with classic punk stylings but throwing in breakdowns and half-time bridges so that everyone is satisfied. I have seen them live five times and they are always so much fun. They also sound amazing. This song is a great introduction to Four Year Strong. It is fun and meaningful and really jams. You can bob your head and smile while the music captures a strange nostalgic memory you may never have even had. This song feels like an eternal summer track so the title is perfectly warranted. 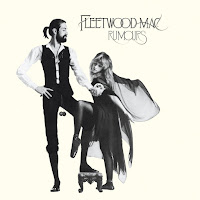 Next we jump back in time to the free-wheeling 1970’s and one of the most influential and popular albums of all time. Fleetwood Mac, while in the midst of so much personal turmoil on multiple levels, was able to produce Rumours, which contained such hits as “Dreams,” “Go Your Own Way,” “The Chain,” and of course “Don’t Stop.” The music is unabashedly 70s, filled with layers of perfectly crafted instrumentals and a wonderfully catchy melody from Lindsay Buckingham and harmonies from Christine McVie. Almost everyone out there has heard this song before but it is so nice to catch classic tracks occasionally, especially after powering through such heavy and bombastic songs as the first two listed this week. 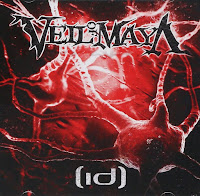 And now back into the metal fray we go as we visit progressive metal band Veil of Maya. This song explodes instantly with fast alternate picking guitars and blast beats. This band is not for the faint of heart. I like Veil of Maya and after seeing them at Warped Tour my fandom was secured. They are incredibly heavy and while their vocal style isn’t usually something I enjoy a lot, these guys do it justice. It also helps that their music is so complex and interesting to listen to. There are layers upon layers and guitar harmonies that make this style of music so much fun to enjoy. Check out this track but just be prepared for the audio assault you are about to endure! 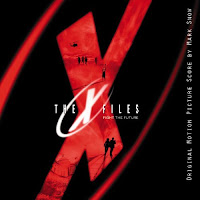 I think this is the perfect end to the list this week. Nothing like epic score music to round out such a heavy playlist. Snow composed this song for the original X-Files movie in 1998, a film that I happen to enjoy greatly. Snow’s music does it a great service and helps to add those dark and sinister feelings we’ve come to enjoy from the X-Files franchise.