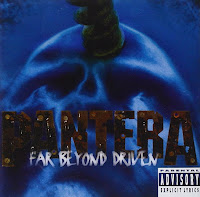 Pantera was the first really heavy band that I became a fan of. I had listened to mainly rock and hard rock on the radio (Stone Temple Pilots, Pearl Jam, Bush, etc.) but one fine day in 1996 I was watching MTV late (back when it was still a music station) and Headbanger’s Ball came on. What I saw that night changed my taste in music forever. As the show opened, the host introduced a song called “I’m Broken” from Pantera and the anger and passion as well as the sweet instrumentals made me look at music differently. This song, off the same album, is a much more slow-paced metal song. It still contains all of the brilliant guitar stylings of the late, great Dimebag Darrell, as well wonderful performances by the other members. I simply mention Dime’s performance because this song has some my favorite of his licks. Enjoy this piece. It is slow-paced at times but jumps between slow and haunting to driving and aggressive. Also, this is a great song to introduce people to Pantera if they aren’t initially a fan of metal. 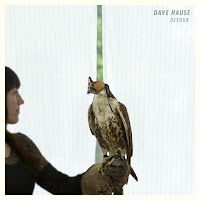 Dave Hause was shown to me by my good friend David Utrup, whose name you may remember from my articles over our exploits at Warped Tour over the years. This is much more his style than it is mine but I genuinely enjoy this song. It feels like a great mix of early and late Dashboard Confessional—great lyrics, simple but catchy music. I actually have listened to this song about ten times since it came up on my iPod because it is so damn catchy. Enjoy this song—it isn’t anything spectacular but it is a great edition to the music world and if nothing else, the lyrics are sublime. 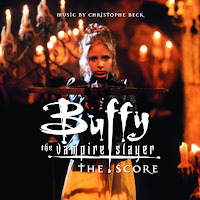 There are not many composers that I can say I truly seek out their music but Christophe Beck is definitely one of them. Besides other great work for films like Frozen, Saved!, and Percy Jackson, he also scored one of my favorite television series of all time: Buffy the Vampire Slayer. This song comes from the two-part finale of Season 3 in which Buffy teams up with her entire school to fight the Mayor who has ascended to Demon status. The music is haunting and creepy and also epic. It is a great representation of Beck’s work. It is also short, ending in a wonderfully unnerving, understated way. It is great to listen to while walking into work, as it will make you feel the evil all around you that much more. 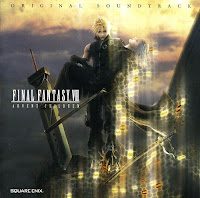 When it was announced that Final Fantasy: Advent Children was being released, I passed out from glee. Final Fantasy VII was not only THE GREATEST GAME EVER MADE but it also changed video games and the way they are presented. I was so happy when Advent Children came out and despite all of the negative reviews I absolutely loved it. I know that the story was convoluted and sometimes hard to follow but I didn’t care. One thing about the film that is flawless is Uematsu’s amazing score. This song is industrial to the tees and perfectly captures those scenes from the game where a boss fight is sure to appear. Listen to this song and then track down the rest of the double album. Even if you don’t like the movie, the music is worth listening to…but also, watch the movie. 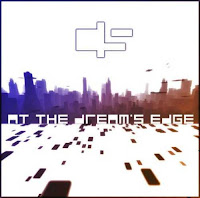 Chimp Spanner was introduced to me by my good friend Nick Fox whose love of progressive metal shows no bounds. This group is the operating pseudonym for English artist Paul Ortiz. His work is incredible and while he is completely alone on this production, the music comes alive as though he was a full band (a testament to him as a stellar and impressive musician). This song begins with ethereal ambient noise before finally exploding into a drum intro which introduces guitars and bass and the rest of the instruments. The music feels very much like if Periphery and Dream Theater had a baby and I can give no higher praise than that. The ending is so damn uplifting that it is hard not to feel accomplished afterward.