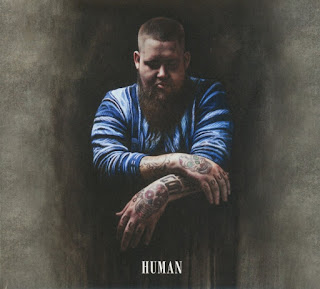 Susan Omand listens to another new album and preaches the gospel according to Rag N Bone Man...

This “discovering new music” thing that I’m trying this year is really paying off. There have been some that have been, shall we say, less than inspiring but others have ignited my interest with such a spark that I have gone hunting for more. Rag n Bone Man is one of the latter.

I, like everyone else on the entire planet, came to know about him late last year with the single Human that stormed the charts. It is one of those very few chart songs that I didn’t get tired of hearing after the first listen. Or the second. Or the third. In fact it was fast reaching the top 10 of my own personal chart, so I decided to investigate the man further. Rag n Bone Man, real name Rory Graham, is one of those hard working singers that takes years to become an overnight success. I discovered several previous EPs on which I shall wax lyrical another time, as they are fairly different to the single Human, but I still devoured the whole back catalogue in a matter of days and you SO need to listen to them, so I was also excited to see what this new album, released last Friday, was going to be like. If you follow me on Twitter, you’ll know I wasn’t disappointed.

I have listened to the deluxe version (because I can with this Amazon streaming thingie) of this album four times in as many days, which is quite something for me. Being the deluxe version it’s long, with 19 tracks (the standard version has 12) spanning just over an hour in total and there’s not a bad one among them. It’s not perfect, some are better than others, but there’s something to appeal to everyone here I think. The title track is the first track on the album and sets the tone for the rest with the gospel-like backing, the bringing forward of the back-line and, of course, his voice. It reminds me very much of Take Me to Church by Hozier and is absolutely superb. Some other tracks, like Bitter End and Grace, are almost Adele-like in their movie-theme richness – they need to be over film end credits, they really do – and the repeating piano riff on Lay My Body Down is sooo Tubular Bells/Halloween it’s spooky. Others, like Arrow, Your Way Or The Rope and Healed, have a very cool early 70’s almost-disco feel to them. This is not a bad thing at all because I don’t mean the cheesy disco that you’re thinking of, I mean the slow smooth funk of the early New York disco scene but changed up to suit the modern ear. Yet more are pure gospel, starting as a single voice and building to the full choral backing, others are nostalgic 80’s “end of the night” smoochy tracks that reminded me (in a good way) of dances gone by and some had a rap overlay. The rap sections didn’t work quite as well for me as they should have because I felt, even though he was doing his own rapping, that the voices didn’t work together if that makes sense. However, I can see them getting remixed with a different rapper and really, really working.

But there is one track on this album that ticks every single box for me over and over and over again. Track 12 on the album, and the last track on the standard album, is called Die Easy and it’s a completely stripped back version of a song that he first recorded on his 2012 EP Bluestown. And when I say stripped back I mean there’s nothing except his amazing voice. It’s a cappella gospel blues at its absolute finest. I got goosebumps. I smiled. I cried. It’s two and a half minutes of pure gravel that will rip the very heart from your body and leave you in a crumpled heap.

So yes, buy this album, no matter what kind of music you’re into. Your listening life will be enriched, your musical horizons will be expanded and you will discover the voice behind the Human of Rag n Bone Man.