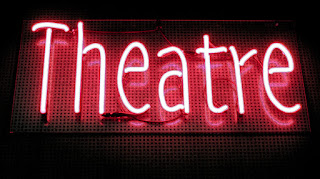 We love all sorts of theatre here at AlbieMedia. Author Marc Nash enters stage left to give us his top 10 favourite contemporary stage plays...

Before I wrote fiction, I wrote stage plays. I used to see a lot of contemporary plays staged and also read a lot of scripts as part of my self-education programme. Though I don't go to the theatre much these days, here is a chart of my favourite plays. I've only included plays from the post-Second World War period onwards, otherwise it might be pretty Shakespeare & Brecht heavy in the chart! 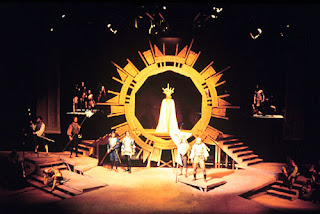 I only ever read this rather than saw a performance, but I remember being struck by the amazing visual images that came across from the stage directions alone, the main one being a giant sun. It's the story of conquistadores in Latin America and the political dance around the Meso-American god-king to try and ensure a successful conquest with a tiny amount of men against a whole nation. 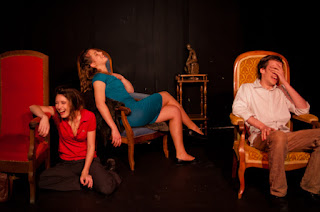 I love Sartre more as a playwright than a novelist. But in truth most of his plays while readable, are unperformable. However this perfect little nugget of a play sees the threeway power struggle of prisoners in a locked room, trying to manoeuvre for power even though they have none in their situation. By turns they seduce, wheedle, cajole each other, always forming and breaking alliances. It's an early precursor of the "Big Brother" TV show, only with a killer pay-off line, "Hell is other people". 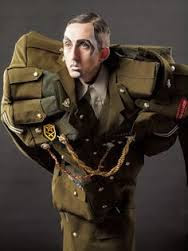 Genet understood the illusion of the theatre better than most and a recurring theme of his was characters dressing up and acting as other characters. Here a revolution is taking place, but the action is being mirrored in microcosm inside a brothel, where punters are dressing up in fantasy roles as Judge, General and Priest, replacing the very same outside who have become victims of the coup, thus perpetuating the status quo. Sex, death and corruption, what more could you want on stage? 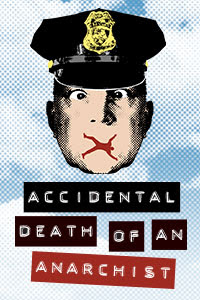 You've got to have a bit of humour haven't you? I always thought theatre audiences were so desperate to laugh, they would go into fits at the weakest of jokes in tired drawing room dramas. But this was a genuinely funny, laugh throughout the 90 minutes, satirical farce with some acute political observations. All the more remarkable that it was based wholly on an incident from Italy and dissected Italian politics, yet it absolutely managed to translate both its message and its comedy to other countries. Part of this was down to recognisable character types, such as the dim-witted policeman, or the hero who disguises himself, the sultry temptress, but the nature of farce itself is also quintessentially recognisable. 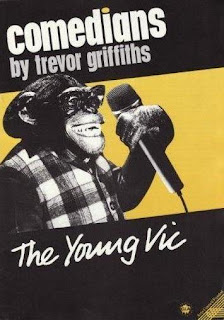 I only saw a student production of this, but it was still terrifying and visceral. A play about alternative comedy before anyone had even come up with that term. The premise is that an old pre-war comic is coaching a night-class of comedian-wannabees for a talent show night, when his star pupil throws his whole act in the bin and performs a brutal and in the face of the audience menacing routine instead. The only weakness of the play is the short and cop-out third act, when the old comic talks about the nature of humour set against and grounded in his own experiences of liberating a concentration camp when he was in the British army. I don't think that apologetic third act was required at all. 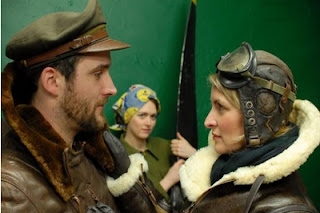 I saw this at the Edinburgh Fringe Festival and of the 40 shows I crammed in my time there, this was head and shoulders the best. But you won't even find a copy of the script available on Amazon. It was in a theatre so small that it didn't even have a stage, but that perfectly suited its small scale for 3 actors. Set in World War Two Russia, a male fighter pilot, a female fighter pilot (the eponymous 'White Rose' and their shared female engineer, beautifully enact their triangular relationships, taking in the war, gender, love, patriotism, politics and just what it means to be human in the face of extremes and the prospect of death. 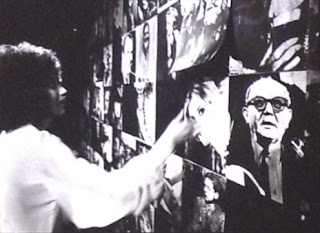 The enfant terrible of the UK stage in the 1960s, which is saying something given the obsession with sex that abounded once plays were no longer censored by the offices of the Lord Chamberlain after 1968. This play was so prescient about all things that would go on to become our obsession with celebrity. It's visceral and yet has stunningly powerful visual imagery. I'm not sure how it would hold up to scrutiny today, simply because what it portrayed has now become so commonplace. But a work of genius to be sure. 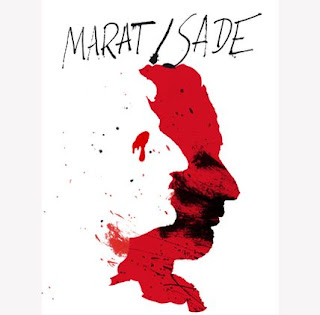 A powerful play about the French revolution and how political dissidents were locked up in insane asylums. Thus it explores that boundary between revolutionary/radical thinkers and the mad, while also examining the propensity for change within the individual and across whole societies. 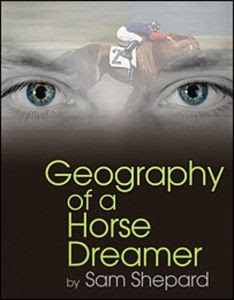 I think of all playwrights, Shepard has my favourite body of work. It's hard to pick just one. But there were a few plays he wrote in exile in the UK, looking back at his home country of the US and this is one from that period. It's small but perfectly formed, as a cowboy is kidnapped by gangsters because he has a special gift for forecasting winning racehorses so they can clean up at the bookies. However, cut adrift from his Wyoming home, the cowboy is losing his mind and his touch, whereupon the gangster captor is getting more desperate to restore his powers, while his doctor sidekick is more keen to isolate the creative energy by culling his body parts. The cowboys' brothers turn up to rescue him and return him to the range. Shepard's psychic pain at being cut off from his own home roots are encapsulated in this perfectly. 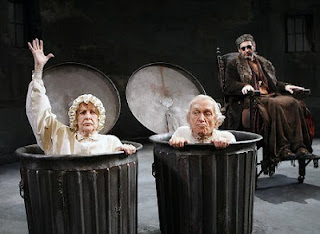 No one 'got' theatre like Beckett in my opinion. I think because real life amused him and was absurd and illusory as the stage itself. Life was a play and not a very logical or coherent one at that. Everyone cites "Godot" of course, but I believe this is a far superior play. One character Hamm is unable to stand, his antagonist Clov unable to sit. Hamm's parents both live inside dustbins. It's bleak and dystopian and nihilistic but it is also funny and moving and has stark, stripped down visually imagery that is so powerful. When life is so painfully absurd, all you can do is laugh at it, which is exactly what Beckett has us do. It's one of those plays that is so all-absorbing, the audience are no less captives in the theatre than the characters on stage, until the houselights come up to release them... into a world as absurd and illogical outside the theatre's doors. For the duration of the play, there is no outside world, no fourth wall of separation. A masterpiece.