#NotBaconBits - From David Bowie to... 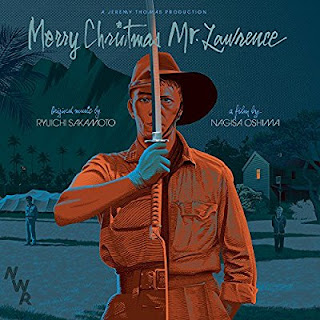 Yesterday we played Oh You Pretty Thing from David Bowie and, from there, Ren Zelen heads east for today's #NotBaconBits...

Here's Ren's link for today: "David Bowie also collaborated with Brian Eno, who called Robert Fripp to play on Bowie's 'Heroes' album. When wanting to reform King Crimson, Fripp asked David Sylvian to join as vocalist. Sylvian declined, but went on to collaborate with Fripp on many occasions as he did with the great Riuichi Sakamoto, including vocals to the soundtrack to 'Merry Christmas Mr Lawrence' which starred....David Bowie! Full circle!" [and extra points for taking the scenic route - Ed]