News - NOW is Next for National Gallery of Modern Art 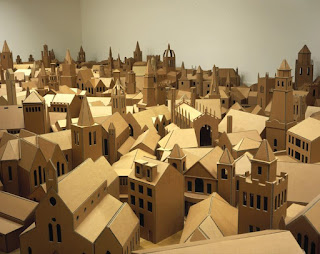 A dynamic new three-year programme of contemporary art exhibitions is to open at the Scottish National Gallery of Modern Art in Edinburgh this spring...

Between March 2017 and March 2020 the entire ground floor of the Gallery’s Modern One building will be given over to NOW – a series of six major exhibitions, showcasing the work of some of the most compelling and influential artists working today.

At the heart of each exhibition in NOW will be a significant presentation devoted to the work of a single artist, around which group displays and room-sized installations by a range of other artists will be selected to explore common themes and ideas. The opening exhibition, which will be on show from 25th March, will bring together a fascinating and diverse selection of work, including a major three-room exhibition by Glasgow-based, Turner Prize-shortlisted artist Nathan Coley. The exhibition will also include significant works by world-renowned Lebanese-born artist Mona Hatoum and the influential Brazilian artist Rivane Neuenschwander, a recent installation by Glasgow-based artist Tessa Lynch, and a display pairing the work of painters Louise Hopkins and Tony Swain.

Central to the exhibition will be The Lamp of Sacrifice, 286 Places of Worship, Edinburgh 2004 (pictured above) by Nathan Coley, which will be on show for the first time since it underwent a major restoration by the artist in 2016. This iconic installation comprises 286 scaled-down cardboard replicas of every building listed as a place of worship in the 2004 Yellow Pages telephone directory for Edinburgh. The work sustained serious accidental water damage when it was on show in Glasgow in 2015 which resulted in a process of restoration with a new replica made for every building, and the original replicas recycled. Coley is fascinated by the ways in which architecture and urban spaces reflect and impact upon our social relationships, and how they become invested with layers of meaning over time; this installation offers a unique snapshot of the city through its places of religious meeting: churches, cathedrals, synagogues, mosques, Salvation Army halls and temples.

Coley’s exhibition will also feature two recent large-scale sculptural works by the artist, being shown in Scotland for the first time – a depiction of St Paul’s Cathedral in London, titled Paul (2015), and Tate Modern on Fire (2017). Both works take the form of an architectural scale model and, in each, the back is left open to reveal a cabinet of curiosities. Located either side of the river Thames in London, these two monumental buildings – one sacred, one secular – are each invested with particular symbolic meaning and are representative of different kinds of institutional power.

Over the series of exhibitions, NOW will also bring together pairings of artists’ works to highlight areas of affinity, or divergence in artistic approaches. The first exhibition will pair Louise Hopkins and Tony Swain, who both use found paper as the surface for their paintings. Swain is known for the paintings he makes on newspaper, while Hopkins uses a range of materials, from maps, fabric, mail order catalogue pages and photographs. Large-scale oil paintings by two of Scotland’s most established painters will also be paired together. Peter Doig’sMilky Way (1990) and Jock McFadyen’s Calton Hill (2014) are both night scenes, but while Doig composes an imaginary scene drawn from memory, McFadyen presents us with a real place, painting a vast, highly textured moon that dwarfs Edinburgh’s famous skyline.

Also in this first exhibition will be Mona Hatoum’s complete Performance Documents 1980-1987/2013, which presents rarely seen texts, photographs and videos, highlighting the significance of performance and actions in the artist’s early career. Visitors will also get the chance to see two major works by Rivane Neuenschwander, an artist renowned for using mundane objects to create elegiac works. The installation Harvest (2013-14), which will be shown in the UK for the first time, is a compendium of discarded shopping lists, collected from trolleys and baskets in London supermarkets, which form a calendar that reflects upon the daily actions ideas about place, and the passing of time. Also on show will be Neuenschwander’s beautiful film, The Tenant (2010), made in collaboration with Cao Guimaraes, which follows the perilous journey of a simple soap bubble as it moves slowly through an empty apartment.

NOW will highlight the work of a younger generation of artists such as Tessa Lynch, whose installation Wave Machine, composed of photographs, floor-based sculptures and a projected text, was created for a solo presentation at David Dale Gallery in Glasgow in 2016. Also featured is the work of the artist Peter Haining, who has created a series of changing identities throughout his career, operating outside the artistic, commercial and political mainstream for more than four decades. A significant part of the artist’s vast archive of documentation, artworks and videos was acquired by the National Galleries of Scotland in 2010, and a selection will be on show here for the first time.

This extensive programme of exhibitions reflects the Gallery’s ambition to share contemporary art with a wide audience, and will shine a light on the extraordinary quality and range of work being made by artists working in Scotland today, from those at the beginning of their career to established talents with an international standing. It will also feature the work of artists from across the globe, placing art created in Scotland in an international context, and demonstrating the crucial exchange between artistic communities around the world.

Speaking about the exhibition, Simon Groom, Director of the Scottish National Gallery of Modern Art, said: ‘With six exhibitions over three years, NOW is the most ambitious programme of contemporary art to be staged at the National Galleries of Scotland. It will showcase the work of some of the most influential and compelling artists working now, in Scotland and abroad. NOW builds on the huge success of GENERATION, which brought the work of more than 100 artists working in Scotland over the past 25 years to more than 1.3 million visitors across the country. NOW offers new ways of seeing and thinking for everyone curious about the world around them. NOW is an exhibition about now, for people interested in what is happening now, by some of the most interesting artists living and making work now.’

Image - Nathan COLEY (b.1967) The Lamp of Sacrifice, 286 Places of Worship, Edinburgh 2004
Email ThisBlogThis!Share to TwitterShare to Facebook