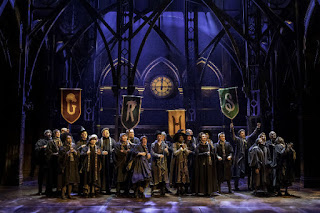 The big winner of the event was Harry Potter & The Cursed Child which picked up three awards, including Best Director for John Tiffany, ten years after he won the same prize for Black Watch. Tim Minchin can also count himself a repeat winner with his musical Groundhog Day picking up the Best Musical award six years after his musical Matilda won the same award. There were acting awards for Billie Piper, in Yerma, and Stephen Dillane, for Faith Healer, and Glenda Jackson won the best Shakespearean Award for her role in King Lear, her first stage role in 25 years.

The Awards were presented in association in a ceremony hosted by the Critics’ Circle Drama Section Chairman Mark Shenton, at the Prince of Wales Theatre, London.

The Flick by Annie Baker
The National Theatre, London

The Jack Tinker Award for Most Promising Newcomer