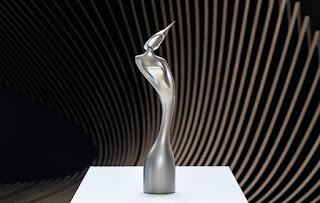 The winners of the Brit Awards were announced last night. So how did Susan Omand's predictions pan out?...

OK, OK, I admit it. I never actually watched the show *shock, horror, gasp.* But I have been catching up with all the news on the winners and watching a few of the acceptance speeches on the Brits official Youtube channel. Sadly though, I missed the wonderful speech from Duncan Jones as he picked up one of his father's two awards on the night - Best Album for Blackstar. 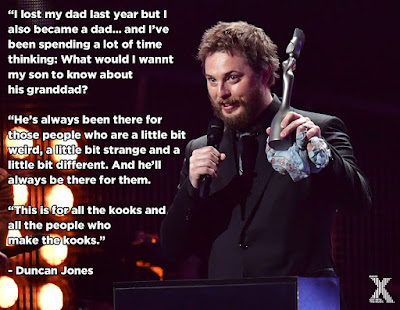 Here however, is the speech that Michael C Hall, who starred in the musical Lazarus, gave when picking up the other one that David Bowie got, for best Male Solo Artist.


The other multiple award winner of the night was Rag n Bone Man (go read my review of his latest album to find out why he is so good. Go on. I'll wait.) as he picked up the Breakthrough Act award as well as the previously announced Critics' Choice.

So how did the rest of the awards go? And what of my predictions?

Nailed it - there could be only one.

Yeah ok, fair enough. Fun fact, she grew up not far from where I did... only about 20 years later than I did. Ah.

YAY! Guessed... er, predicted correctly. And "Anyone but Radiohead" is always a bonus.


British single
Little Mix - Shout Out To My Ex - winner

Meh ok. It was an annoyingly catchy little bubblegum pop ditty from the band my local radio station calls "the little muffins." I'm still wondering if that's crude or not though.

The obvious choice again but all the better for it.

Wait... what? WTF is the "Global Success" Award?? They never mentioned this anywhere! Have they just made this up on the night so that Adele got something this year? I foresee a sharply worded letter to The Guarniad about this...


British artist video of the year
One Direction - History - winner

OK slightly misdirected on the fangirlies reasoning here because I went for Zayn's solo track to win. Of course there would be more votes for the multipack.

I reserve the right to say I called this with the reason "Because Drake" even though that was for a different award.

Told you buying two tables for the event (ok maybe she didn't) was all part of the plan.

So officially I predicted 7/10 (11 if you count the award that I didn't even know about). This "listening to new music" thing must be working... *hastily tries to find something by that last band to sound knowledgeable*