Musicals - Not a Proper Musical 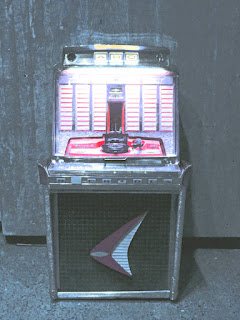 Susan Omand creates a song and dance about Jukebox Musicals...

I mentioned to someone a few days back that I was wondering what to write about for our Musicals theme day here on AlbieMedia and got the response “Oh, musicals, brilliant! I love Mamma Mia.”

So I guess I have this (now ex) friend to thank for this article, as I spent the next half hour in a rant about why the shows known as Jukebox Musicals are not, to my mind, Proper Musicals.

So what’s the difference?

A Proper Musical, for me, is very much character or story drive and the music and songs are written especially for it, used to express emotions or highlight a point in the plot but they are not the main reason for the event. Basically musicals are the much more accessible version of opera. As an aside, in opera, everything is sung, right from start to finish, with the more flowery arias used to highlight points and the less melodic, but still sung, recitative used to further the plot. Musicals, on the other hand, have normal speaking instead of the recitative and songs instead of arias. But I digress.

Don’t get me wrong, great musicals DO have great songs in them, many of which become break-out hits in their own right afterwards. I bet you could sing (or attempt to sing) something from West Side Story, Phantom of the Opera, Oklahoma, Annie, even Joseph and His Amazing Technicolour Yawn. However you know the songs because they came from the musicals, not the other way around.

Jukebox Musicals, on the other hand, are the theatre shows where the songs lead the way. Hit songs from one really famous singer or band, songs that should really have nothing more to do with each other than sit side by side on a playlist or album, are held together with a highly convoluted makey uppie story that has little or no weight on its own. This means the unsuspecting public pay (usually) big money to go to the theatre for a musical, when, instead, what they get is a dodgy tribute act because the perceived need for a musical to have a story to “link everything together” takes away from the artistry of the original music. Mama Mia is a great example of a Jukebox Musical, using ABBA songs as the excuse for the story, meaning that the Scandinavian greatness of ABBA (yes, ABBA were great in their time) is now diluted into a tenuous tale of paternal incompetence in Greece. Want another example? We Will Rock You. Brilliant Queen songs, well performed the time I saw it, but cobbled so badly into a tenuous story that was basically a guitar based rip off of Footloose, that I gave up trying to follow it and would have been better off buying yet another Greatest Hits album. Want another? Movin’ Out. The music of Billy Joel is so cool on its own, with such a huge fan base, that why someone should want to shoe-horn them into a vague Vietnam-war based plot is beyo... oh. That’s why. Huge fan base. Equals lots of people willing to pay money for something even nominally connected with their music idol. Jukebox musicals are pretty much all just cynical cash-ins, looking to recycle old material in a new way to make the gullible fans of the music, rather than anything theatrical, pay more money to complete their memorabilia collection.

There are, as always, exceptions that prove the rule and the same is true for Jukebox Musicals. For me, the musicals that use whole genres of hit songs as part of their narrative work better than the single artist Jukebox musicals because it gives a grounding to the musical by setting the style or era more easily. Genre musicals also mean that the range of available music is broader and the narrative can again take centre stage - the songs are chosen to fit the story rather than the story written to fit around the songs. For example you can’t have Priscilla Queen of the Desert (which was a not-overly-musical film before it was a stage musical) with anything other than cheesy disco greatness accompanying it because that’s the style and era of music that makes sense for Australian drag queens crossing the outback in a bus – in as much as anything featuring Australian drag queens crossing the outback in a bus makes sense at any rate. Would it have worked as a Proper Musical with original compositions? Yes, it probably would have, the stories and characters are memorable because it was first written as a film, but I can understand why they went with the songs they went with, again because of the adaptation and wanting to stay true to the ambience.

I guess, when it comes down to it then, as well as having memorable songs (whether I know them or not at the start), I want a musical to have strong characters and engaging plots, otherwise why bother going to a musical at all? Why not just go to a concert? If the original artist is too expensive to go and see, or no longer with us, there are some great cover bands out there – please go and spend your money seeing and singing along to them rather than a Jukebox Musical and you will get a far better evening of music from your chosen back catalogue instead of having to put up with the fragile plot if you're only going to listen to the songs.