I love music. It has been everything for me: an escape, an outlet, a passion. I made a living playing it for a while (actually I barely made enough for gas and food but you get the idea). My musical tastes have always been rather varied. I go through phases where I listen to only metal or rock or rap or even the occasional k-pop but the choices are never boring. That being said, there is nothing better than grabbing my iPod and hitting shuffle to see the wonderfully weird mix of songs that come across the screen. After having such a great time in writing the four-part article covering the best breakup songs for Valentine’s Day, I decided that I would give all of you a window into my strange and random musical catalogue. Weekly, I will hit shuffle and write about whatever music comes up, regardless of artist or genre or success. 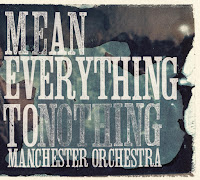 This song is a simple piece, softly-spoken with a single guitar playing a simple, single-string riff while Andy Hall and his female accomplice sing quietly. This song is a great introduction to Manchester Orchestra, representing a lot of what makes them great. Even when the song kicks in with heavy, distortion laden chords, there are no drums. Hall sings and screams, “I am fine, I am fine, I am fine, I am fine, I just need 100 dollars,” belting out the understated sadness of his situation. He needs 100 dollars but it definitely seems that he is really much more upset about something else. 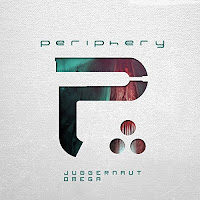 Periphery has fast become one of my favourite bands. With a catalogue of solid releases, this polyrhythmic, progressive, groove metal band offers everything: impressive and complex guitar and bass playing, vocals that sound great both clean and screaming, and a drummer who, for my money, is one of the best around. He is my favourite drummer to listen to in recent years. This song begins with a beautiful acoustic guitar quickly picking and sliding its way across multiple chord structures before the vocals begin and harmonise with one another exquisitely. Periphery fronts three guitar players who all are incredibly skilled and when they all combine, playing different riffs at the same time, instead of the song becoming muddy, the sound is instead deep and complicated. This is a great introduction to Periphery if you don’t like incredibly heavy music. 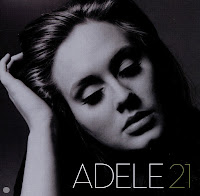 I have written of Adele many times before and I keep coming back to her amazing voice. Despite what some people feel about her political beliefs or the fact that she broke a Grammy in half, no one can deny that she is gifted musically and it is lovely to see someone from her genre who still has a hand in writing the music she is performing. This song is a nice little extra track found on the UK Limited Edition. It reminds me so much of what would have been playing in the background of a Speakeasy in the 20s in New York City. It has a classic blues rhythm and simple structure so that the song focuses on the lyrics and singing, both of which showcase a solid grasp of classic R&B chops on the part of Adele. 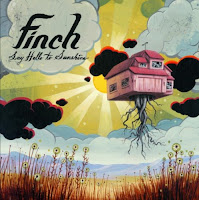 Right off the bat, this song starts with interesting, duelling guitar licks. If you get the chance, listen through headphones so you can hear the nuance in rhythm and sound. This is one of my favorite Finch songs and it is also one of their more unique. When they released their first album, What It Is to Burn, I was in love with the emo/post-hardcore sound. They weren’t necessarily very different from their contemporaries in that vein but it didn’t matter because the songs were great. After a long awaited release, Say Hello to Sunshine was an incredible pick-me-up. They changed their sound, taking on a more alternative rock vibe while keeping a lot of what made them Finch. This song is a great one to listen to, especially if you still remember the song “What It Is to Burn.” This will give you a completely different look at the band. 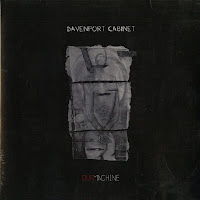 Davenport Cabinet is one of those amazing bands most people have not had the pleasure of experiencing. The brain child of Coheed and Cambria guitar player Travis Stever, this band is like a constant throwback to classic rock, especially Neil Young. Stever’s vocals have often been referred to Young and it is easy to hear in this track. The music itself is a wonderful mix of classic rock and even borderline country and western music. With the addition of his backing vocals, the harmonies tie this track together and like a lot of Davenport Cabinet music, the chorus is incredibly catchy. If you like this song, I would recommend checking out their other albums.