The 2017 Brit Award nominations got announced over the weekend and Susan Omand gets her predicting hat on to say who will win what...

I'm doing my best to listen to new music. No, honestly, I am. I've even subscribed to one of these music streaming service thingies (tech term) to try and keep up with getting down but, as usual there were some [most -Ed] names on this list that I'm not currently au fait with. And, for those of you wondering, yes da kool kidz now use French idiom in their street banter, ok?

Looking through the list, it's as politically skewed and eclectic as the Brits normally are. Bowie getting nominated was a no brainer but I was (pleasantly) surprised to see a nod for Leonard Cohen alongside the likes of Bruno Mars and Drake for International Male. Even more surprisingly, I recognise a couple of the Best International Female nominations this year (although... Solange? Really?? Is that just because Beyonce needed more comp tickets than she would get at one table?)

However, it is, to me, a very "safe" list, TV wise. Even though the days of live Brit Award broadcasts are long gone (anyone still remember the Fleetwood Fox debacle?) nobody is going to kick off out of this lot. There will be no bum flashing, no dead sheep and, although there may be a few "political" statements in the speeches, I'm pretty sure they won't involve anyone getting drenched in ice water.

However, time will tell...


See the full list of nominations for the BRIT Awards 2017 below and my selections for who should/will win.

Craig David
David Bowie - SHOULD and WILL (How could it be anyone else?!)
Kano
Michael Kiwanuka
Skepta

The 1975 - WILL (OK, I'm guessing here. Basically anyone but Radiohead is fine)
Bastille
Biffy Clyro - SHOULD ('mon the Biffy)
Little Mix
Radiohead 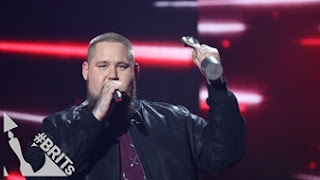 Alan Walker – ‘Faded’
Calum Scott – ‘Dancing On My Own’
Calvin Harris feat. Rihanna – ‘This Is What You Came For’
Clean Bandit feat. Anne-Marie and Sean Paul – ‘Rockabye’ - WILL (because it was no 1 for ages)
Coldplay – ‘Hymn For The Weekend’
James Arthur – ‘Say You Won’t Let Go’
Jonas Blue & Dakota – ‘Fast Car’ - SHOULD (because it's actually a pretty good cover version)
Little Mix – ‘Shout Out To My Ex’
Tinie Tempah feat. Zara Larsson – ‘Girls Like’
Zayn – ‘Pillowtalk’

Adele – ‘Send My Love (To Your New Lover)’ - SHOULD (because she hasn't been nominated for anything else)
Calvin Harris feat. Rihanna – ‘This Is What You Came For’
Clean Bandit feat. Sean Paul & Anne-Marie – ‘Rockabye’
Coldplay – ‘Hymn For The Weekend’
James Arthur – ‘Say You Won’t Let Go’
Jonas Blue & Dakota – ‘Fast Car’
Little Mix feat. Sean Paul – ‘Hair’
One Direction – ‘History’
Tinie Tempah feat. Zara Larsson – ‘Girls Like’
Zayn – ‘Pillowtalk’ - WILL (because fangirlies)