Opinion - The 20 Best "Dream" Songs Ever 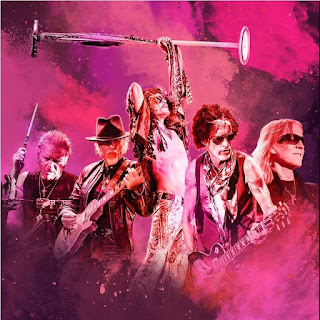 Over on The DreamCage today they're celebrating the new name with a dream-related theme day. Not to be outdone, Nate McKenzie has compiled his list of the 20 best Dream themed songs EVER...


"Dream On" by Aerosmith

Dream On is one of the Top 10 greatest songs of all time, so of course it's at the top of this list. I don't care if Steven Tyler looks more like a woman than Caitlyn Jenner, he has some of the best pipes in the history of Rock & Roll and the best song on their debut album was the perfect showcase for his talents.

This song is the epitome of "hauntingly beautiful", much like Annie Lennox herself. Her powerful vocals backed by the synth and bass of the Eurythmics? Who am I, or you, to disagree? The song was also used in one of my favorite film scenes of all-time. It gives me chills every single time I watch it.

I already know that this is the one song I'm going to have to defend. People love to hate Mariah Carey. Why? Because she's crazy? Whitney Houston was a total nutbag long before her unfortunate passing. "You either die a hero, or live long enough to see yourself become the villain." Sure, Mariah has issues. Whitney had issues and she's still beloved and revered. Michael Jackson had more than issues, he had an entire subscription! But you're going to lambaste The Songbird for being eccentric? Take that nonsense out back and bury it beside your "Inception doesn't make sense!" hot takes.

Here are the facts: Dreamlover is the highest debuting song on the Billboard Pop Songs chart (tied with Shake It Off); rose to #1 and stayed there for 8 weeks; Top 40 for 26 weeks; #20 on the Decade End Charts for the 90s; certified platinum. Do I love her partly because she's beautiful? Duh. But she's also insanely talented. If you hate her, you hate her for those same reasons.

Confession: I did not appreciate Fleetwood Mac when I was younger. I like the songs I heard, but I never really got into them. I missed out on a lot of opportunity to listen to some damn good break-up songs. Dreams is one of their best songs in my humble assessment. If we're being honest, the men of Fleetwood Mac were carried by Stevie Nicks and Christine McVie and probably wouldn't have had quite the same life without those ladies' voices. Actually, that's probably not much of a secret.


"You Make My Dreams" by Hall and Oates

This song has seen a bit of a resurgence in popularity over the last five years. (Possibly because of the scene below?) Whatever the reason, it's always been an incredible song, full of pop and zest and sweet mustaches. If you can't dance to this song, just log off and give into the engulfing void you've resigned yourself to.


"Only In Dreams" by Weezer

If I built a time machine, the first thing I'd do is go back to see Weezer play during their Pinkerton tour before they, you know, started making shit music. Only In Dreams is the finale track from their debut self-titled album (one of the most complete and perfect albums ever made) and it couldn't be more appropriate as a bookend opposite My Name Is Jonas, the album's first track. Considered Cuomo's "epic masterpiece" it's a brilliant mix of heartbreak love ballad, SoCal punk, and straight up ballsy Rock. If I could mainline this song I'd run through a fucking wall during the build up to the last two minutes.

The Cranberries are the eternal soundtrack to the most 90s lovelorn film you could ever conceive. Dreams just brings all their elements together so succinctly: understated lyrics, O'Riordan's soothing voice, and that really cool Irish yodeling thing she does. Linger and Zombie are their most popular hits, but don't sleep on Dreams as a part of the 90s canon.

Hey look, a song that doesn't have the word "dream" in it! That's because you don't actually dream when Metallica hits you over the head with this song, you drop to the asphalt and wake up three days later in a pool of your own drool and piss. Enter Sandman was my first official introduction to Metallica and it scared the hell out of me - because I loved it so much. I'd never been in to metal before. But this song is the soundtrack to your nightmares. It's like if Freddy, Jason, Michael Myers, and Leatherface collab'd on a song. The part where the kid says the bedtime prayer and he says "Hush little baby/don't say a word/and never mind that noise you heard"? Get out of my house. Good luck sleeping when you listen to this song.


"Runnin' Down A Dream" by Tom Petty

Need a song that sounds the way it feels to be an aspiring rockstar, binging on cocaine to make it to the next shit-hole basement gig? This is that song. Petty delivers pure adrenaline rock with Runnin' Down A Dream.

"All I Have To Do Is Dream" by The Everly Brothers

I have a deep appreciation for 50s pining Rock & Roll love songs. They are so simple and honest and easy to listen to. All I Have To Do Is Dream encompasses the sentiment of that era. You can easily picture young ladies, hands pressed to their lace collars, sighing with pent-up adoration for The Everly Brothers.

If you're on Spotify, you can listen to the tracks from my playlist: DREAMS: 20 BEST