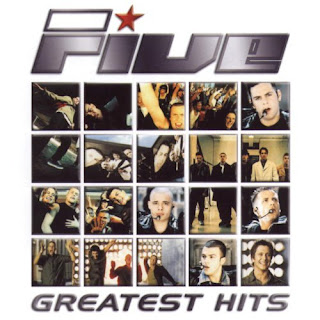 Yesterday we had the #NotBaconBits starter of Tchaikovsky's 1812 Overture. Susan Omand shows her working and comes up with today’s link...

As always for #NotBaconBits, once you've listened to today's choice, we're looking for your suggestions for tomorrow's track. Join in by tweeting us @albiemediaAM with the #NotBaconBits hashtag or adding your suggestions in the comments of our #NotBaconBits Facebook posts - remember the link can be as simple or complicated as you want, in any music genre (it doesn't have to be classical) and you can link to anything about the song. If we pick your suggestion for the link, you'll get the credit in that day's article and shout outs on our social networking streams.

Here's today's link. Yesterday we heard the 1812 Overture as played at the end of the film V for Vendetta. Now, V is the roman numeral for 5. Wayyyy back in the mists of 1997 (yes, 20 years ago, don't think about it) a band was formed thanks to an advert in The Stage for auditions for a vocal group. That band was Five or, as they ended up being known, 5ive which always, to me, sounded like they had a echo (say it out loud - Five-ive). Anyway, here's their 1999 hit to add a bit of bounce to your day, Keep on Movin'. Let us know your suggestions for a link for tomorrow!