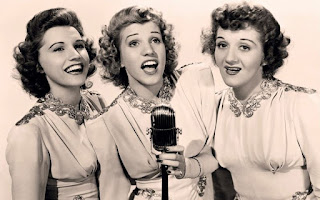 Yesterday we played Prince 1999. Thanks to a suggestion by Steve Taylor-Bryant, here's today's #NotBaconBits link...

As always for #NotBaconBits, once you've listened to today's choice, we're looking for your suggestions for tomorrow's track. Join in by tweeting us @albiemediaAM with the #NotBaconBits hashtag or adding your suggestions in the comments of our #NotBaconBits Facebook posts - remember the link can be as simple or contrived as you want, in any music genre (it doesn't have to be classical or pop) and you can link to anything about the song - the title, the artist, words in the song, something about the video etc etc. If we pick your suggestion for the link, you'll get the credit in that day's article and shout outs on our social networking streams.

Here's today's link as suggested by Steve Taylor-Bryant - yesterday saw us playing Prince's 1982 hit 1999. Most of the suggested links on social media went for something to do with 99 (we nearly had 99 Problems) but not Steve. He never goes for the obvious. Instead he linked to Prince's home city of Minnesota, a home, it turns out, to a lot of musical talent. His suggestion was The Andrews Sisters so we went all 1940's boogie woogie with the bugle boy from Company B!