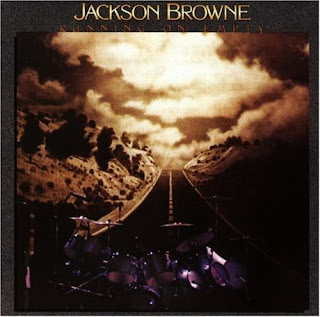 Yesterday we played Badge by Cream. Thanks to a suggestion by @RomeoRites on Twitter, here's today's #NotBaconBits link...

As always for #NotBaconBits, once you've listened to today's choice, we're looking for your suggestions for tomorrow's track. Join in by tweeting us @albiemediaAM with the #NotBaconBits hashtag or adding your suggestions in the comments of our #NotBaconBits Facebook posts - remember the link can be as simple or contrived as you want, in any music genre (it doesn't have to be classical or pop) and you can link to anything about the song - the title, the artist, words in the song, something about the video etc etc. If we pick your suggestion for the link, you'll get the credit in that day's article and shout outs on our social networking streams.

Eric Clapton was one of the members of the supergroup Cream. Clapton covered a song called Cocaine by J. J Cale. Jackson Browne wrote a totally different song also called Cocaine, which is on the Running On Empty album. An album that has a lot of tracks about being on the road... So, the next #NotBaconBits is The Road by Jackson Browne.

What are your suggestions for tomorrow's #NotBaconBits link?