News - Places of the Mind 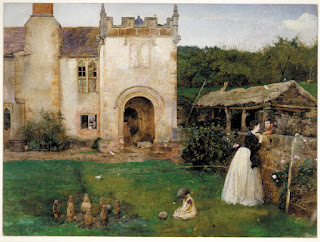 Places of the Mind: British watercolour landscapes 1850–1950 will display a selection of works from the collection of the British Museum’s Department of Prints and Drawings from next month...

Examining the ways artists interpreted landscape on paper during the Victorian and early Modern period, it is the first exhibition to focus on landscape drawing during this era and challenges the perception that the ‘Great Age of British Watercolours’ ended with the death of Turner in 1851. Over half of the 125 works on display have never been published or exhibited before. They range from highly coloured, detailed Pre-Raphaelite attempts by George Price Boyce and Alfred William Hunt to follow John Ruskin’s precepts to ‘go to nature’, to sweeping wash sketches painted on the spot by James McNeill Whistler and Philip Wilson Steer, to the abstractions from reality of artists like Graham Sutherland and Henry Moore who followed a different aesthetic. 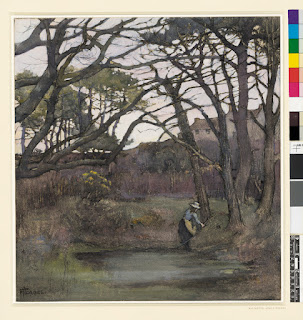 These watercolours, drawings and sketchbooks reveal technically brilliant, virtuoso and imaginative responses to the artistic, cultural and social upheavals of the time. The borrowing for the title of this exhibition of the poet and critic Geoffrey Grigson's 1949 collection of essays, Places of the Mind, acknowledges how every landscape drawing is a construct of the mind and imagination of its creator - an attempt to convey not merely the physical properties of a landscape but its sense of place.

The exhibition brings a fresh new perspective on the period by exploring landscape not only through the development of techniques and styles but also through the effects of tourism at home and abroad, the role of artists’ colonies, contemporary writing, urban landscapes and above all, through changing perceptions of the English countryside and way of life. What makes this period particularly fascinating is how artists as different as Hubert von Herkomer and Anna Airy responded to the challenge when Britain's landscape, and its people's relationship to the land, was in flux as the population became ever more urbanised and mobile. The emerging sense during these years that Shakespeare's 'other Eden' was under threat was quickened by the growing destructiveness of war. The very geography of landscape, not to mention centuries of human shaping of it by fields and hedgerows, was now at risk, as Muirhead Bone and other official war artists chronicled in Flanders during the 1914-18 conflict. 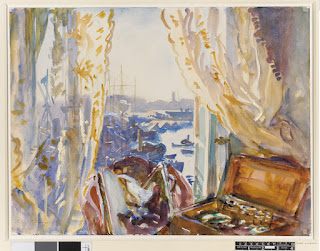 From the Crimean War to the aftermath of World War II, artists were affected by what was lost and what they witnessed. After World War I, Paul Nash and his contemporaries like William Russell Flint spoke of capturing the essence of the landscape in terms of an almost spiritual quest. Nash described some of his works as ‘a curious record of a psychological state of mind’.

The works of Nash and his contemporaries employed new forms of realism, abstraction and metaphor to create emotional views of British landscape that were not necessarily scenic yet still representational. Highlights include John Singer Sargent and Ben Nicholson’s contrasting views of harbours from the comfort of their windowsills: a joyous, carefree and colourful view from a hotel in Genoa in 1911 and a more sober, pensive pencil view of Newlyn from 1950. John Minton and Peter Lanyon took their imaginations to the sky to express their respective visions: a swirling pen and watercolour drawing of a bombed London house in March 1941 and a black chalk hymn to Portreath and the realities of the Cornish way of life in 1949. 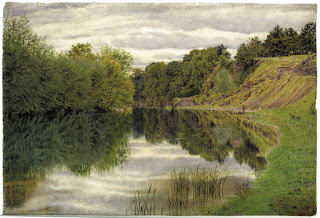 A fully illustrated book edited by the curator of the exhibition, Kim Sloan, has been published by Thames and Hudson with the British Museum to coincide with the exhibition. The evocative essays by Sloan and four acknowledged scholars in the field, Jessica Feather, Anna Gruetzner Robins, Sam Smiles and Frances Carey, share their deep understanding of these drawings and watercolours by exploring them through the main themes of the exhibition. The publication is supported by a grant from the Dr Lee MacCormick Edwards Charitable Foundation, awarded to the American Friends of the British Museum.