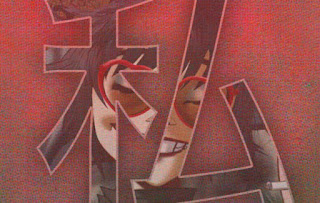 Gorillaz guitarist Noodle has released a new Soundcloud playlist of "Kick-ass Women" that inspire her...

With snippets of interviews with the eclectic mix of Evelyn Glennie and Delia Derbyshire, Noodle's playlist runs to almost half an hour of pioneering music from women in all genres of the industry from the likes of Empress Of to Laurie Anderson and the whole list rounds off beautifully bizarrely with the Doctor Who theme.

Noodle said on social media "In search of new sounds and new inspiration, I found these kick-ass women who in their own individual ways are true pioneers in the writing, production and creation of MUSIC. They have inspired me, and I hope they inspire you too."

Here's the full track list and you can listen on Soundcloud below.