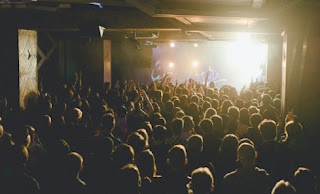 Independent Venue Week is back for its fourth year, celebrating live music around the UK from tonight, Monday 23rd – Sunday 29th January, 2017...

Independent Venue Week is a 7 day celebration of small music venues around the UK and a nod to the people that own, run and work in them, week in, week out. These venues give artists their first experience of playing live in front of an audience and for fans, somewhere to get up close to artists that one day, may well be playing stadiums and festival main stages. Independent Venue Week brings together these venues along with breaking and established artists, promoters, labels, media, bloggers and tastemakers to create a nationwide series of gigs at the end of January. These venues are the backbone of the live music scene in this country and Independent Venue Week wants to recognise all that they have done to create some of the most memorable nights of the past so they can continue to do the same in the future.

This year, dozens of places, including over 30 new venues, from Aberdeen and Dundee to Bristol, Bath and Belfast are involved (the full list is here) with a huge variety of known names, like The King Blues and Martha Wainwright, as well as new and up-and-coming acts like the Glastonbury Emerging Talent-winning singer-songwriter Declan McKenna taking part.

Speaking of the week The Charlatans front-man and The Independent Venue Week ambassador for 2017, Tim Burgess, said: "Independent venues are where every band starts and where music fans get to see emerging talent. Without them bands would not get a chance for their all-important first hometown gigs and subsequent tours. These venues and bands need our support and the best way you can do that is by having a night out. Lots of venues are closing – we definitely need to stick together and stop this happening."

For further information on the week and to find out what's on near you, please visit: www.independentvenueweek.com