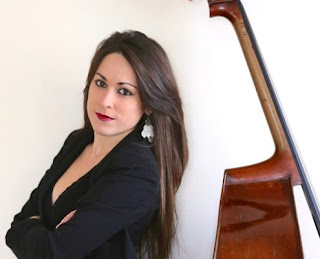 This weekend sees the RSNO Principal Bassist perform a Koussevitzsky showpiece for audiences in Musselburgh and Kirkcaldy...

Infrequently utilised as a solo instrument Koussevitzsky wrote this showpiece for the bass to demonstrate his virtuosity when he was a touring bassist, before embarking on one of the world’s most successful conducting careers and becoming a fierce supporter of 20th century music. Koussevitzsky was even conductor of the then Scottish Orchestra, now RSNO, in 1923. He went on to champion and commission works from composers such as Prokofiev, Ravel, Gershwin and many more. Koussevitzsky moved to the USA in 1924 to become conductor of the Boston Symphony Orchestra, a post he held for 25 years, building the BSO’s reputation as one of America’s leading ensembles.

The Concerto for Double Bass is included in a programme that also features two works by German romantic Felix Mendelssohn, Symphony No4 Italian and the Hebrides Overture, written by the composer following a visit to the island of Staffa off the west coast of Scotland. The orchestral version of Maurice Ravel’s Le Tombeau de Couperin opens the programme.

RSNO Principal Bassist Ana Cordova said of the work “The Koussevitzky concerto is a fantastic Russian romantic piece. It is short but very intense, passionate and touching. I am really excited to perform this concerto and have the chance to show to the audience what a double bass can do outside of the orchestra role. I hope everyone will enjoy it as much as I will."

Ana Cordova was born in Soria, Spain where she studied under Professor Karen Martirossian. In 2007, she moved to London to study both, undergraduate and postgraduate, under the tutelage of Professor Rinat Ibragimov at the Guildhall School of Music and Drama. Ana joined the Royal Scottish National Orchestra as Principal Double Bass in 2014 and regularly works with different orchestras around the world and the UK. She has been a Guest Principal in orchestras such as the BBC Philharmonic Orchestra, Orchestra of the Age of Enlightenment, Royal Philharmonic Orchestra, Royal Northern Sinfonia and the Royal Birmingham Ballet. Ana has also performed with the London Symphony Orchestra and Philharmonia Orchestra. Between 2009 and 2012, Ana was a member of the Gustav Mahler Jugendorchester where she had the privilege to be Principal Double Bass.

If you are unfamiliar with the Koussevitzky piece, listen to the first movement below.