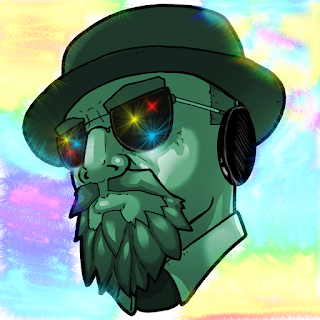 The Defective Inspector decides there's more to the music in gaming than meets the ear...

I was sitting in/on my sofa the other week playing Final Fantasy VII for the billion-eth time bouncing along to the Chocobo Song which has no right being so enjoyable when catching one is so horrific. Anyway… Point is I was doing a little jig like a fat potato when my partner asked me to turn the TV down. I asked “Why my dear beloved? Are you about to profess your undying love unto me and the mighty Chocobo?” when she responded with “No, the song is giving me a headache”. This made me question my entire musical reality, did I love this song because it was part of the game OR is it because it is worthy of being liked?

I wish I could answer this question easily, I tried to initially ignoring my partner but she politely reminded me she has a degree in music and thus would be considered more of an expert than me. But she also likes Depeche Mode so I was in somewhat of a paradox of believing her or not. So, I started to listen back to songs from various top quality games, those which have been regarded as some of the best to of ever grace the digital stage knowing they of all people should have the bank roll to produce respectable music if they so desired. I even had to consider more recent and AAA ranked games as they rightly have a place in my thought process. I also excluded games which use other music to bolster its own power (Sorry Civilisation, your franchise loves Classical Music too much) and focused on moments where games made their own music from scratch, or off the back of its own franchise; Final Fantasy being an obvious example of repeated use of their own original score. While being pretty damn biased I had to compare gaming music to “normal” music and see if parallels formed. I maybe The Defective Inspector but I am fair, wise, fair and forgetful.

I went onto YouTube and listened to gaming soundtracks, but it didn’t really work. While I can believe that Halo 4’s theme is in fact a beautiful choir of angels I cannot be sure knowing I enjoyed playing the games. The same can be true for games I thought were bad, I can’t listen to Sonic 3D’s music without going into a fit of rage over the horrific controls. So, I took another approach and listened to the music of games I’ve never played. This was pretty tough but there is a fair few console only games which have been given high acclaim that I never touched. For example, I have never played Heavy Rain, the soundtrack was BEAUTIFUL and the song ‘Piano Suite’ almost broke my emotional shell I call a heart. So I went a little more indie and listened to the game Firewatch, again it was beautiful and I could genuinely listen to is without a single logged hour of gameplay. These titles however are fairly atmospheric so they heavily rely on music in the background to carry the game forward and retain attention from the player. Broadening my gaming horizon I went a bit more varied… Street Fighter V; tasty metal guitar with powerful beat control. Phoenix Wright: Ace Attorney; surprisingly quizzical and intriguing. I even went back to Bubble Bobble to see if it was “a MIDI thing” and I found the upbeat blips and blobs charming and exciting. Every time I tried to find fault I just found more gold! Moving on I googled for particularly bad soundtracks in games, where the public have damned them. Unsurprisingly this question has appeared in many Top 10 videos but one culprit kept coming back, Resident Evil: Directors Cut. I never played it as I was content with the original, but during the re-release another song got taken and modified proving a scene I remember fondly can be ruined by bad music.

My soul cried listening to that ensemble of Casio keyboard trumpet sound effect horror. My beloved described it as a bad version of Charles Ives – The Unanswered Question. It proved that game soundtracks can in fact be bad even when the game is phenomenal. Problem was I only found this through a fair bit of searching, while there are many soundtracks for failing games which are considered bad I can’t really judge them fairly. I wouldn’t put the soundtrack of Lord of the Rings against… Well the other Lord of the Rings Movie, it’s not the same in quality and clearly there is a funding difference. I am left wondering if my beloved could in fact be wrong, is her music degree qualification enough to convince me I am wrong and that the soundtrack does indeed induce temporal lobe anguish? It all seems to come down to the digital.

I played my beloved some of the songs I’ve been researching, she loved the more modern games but cringed at Bubble Bobble. It became very clear that the problem wasn’t so much the music, but the instrument. The rapid increase in data size and reading speeds in the technological world has allowed games to tap into a musical source they’d been begging for. When you listen back to obviously operatic musical scores from CastleVania series it becomes clear. The series title Bloodlines (1994) has similar styles to Curse of Darkness (2005) but with improved quality and likeability. Add to this that it’s the same composer with “more toys” to play with it’s clear technology played a role in developing the music and what Michiru Yamane wanted to do with the audio. It’s not just CastleVania, almost every long running franchise has made leaps and bounds in their music over time.

The bottom line is gaming has developed alongside technology thus things like graphics, interface, AI and plot have developed alongside it and to say the old is bad and the new is good is wrong. I said before it was the instrument which caused issue and that instrument can be played beautifully by song and horrifically by others. I still think Sonic 3D’s soundtrack is terrible, but using the same technology the Sonic & Knuckles soundtrack was fantastic. But if you don’t LIKE the digital music style during the 80s/90s then even the talented get tainted.

In a nutshell, my partner wasn’t wrong… She just wasn’t right either. She may find a distaste for the binary trumpet but it won’t stop me playing Final Fantasy 7 or the new NES mini-console I got for Christmas… Which contains Bubble Bobble… BUWAHAHAHAHA

Images from Steam and Wikia.