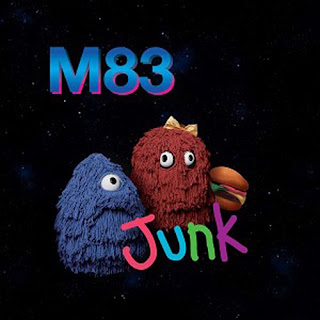 As we head towards the dawn of 2017, it's tempting to think that 2016 has been an all-round awful year... however, Nate McKenzie gives us some great music to look back on with his Top 5 albums of the year. Here's his number 1 choice (and a bit of a rant)...


Practically every 'Best Albums of 2016' list I perused had the same albums in the top 10. Kanye, Beyonce, Chance, Solange, Kendrick blah blah blah. Not that I dismiss any of these artists from having great albums; it's just pathetic that every major publication falls in lockstep as they head off a steep cliff like lemmings to their unoriginal deaths. Kanye hasn't been worth a damn since Late Registration (and hasn't been great since College Dropout). Many of these lists throw David Bowie's Blackstar into the mix, as if pandering to those with taste with one small morsel of sensibility makes up for the heaps of commercialized garbage they promote. As if only Hip-Hop and Rap produce worthwhile music anymore. Yes, Hip-Hop and Rap are incredible genres, but very few of these lists even bother to include the BEST of those genres; artists like Gambino, Kid Cudi, Lupe Fiasco. Sure, Tribe is included (and should be) but it almost feels like they have them on the list because it's "necessary" to include them.

That is why those lists shouldn't be taken seriously. Not that I consider my list to be the apotheosis of 'best of' lists, because I don't. These are my personal favourites. Yes, I think they should be more widely recognized, and some of them have been. Gambino and Radiohead are on (the bottom half) of a lot of 'best of' lists from 2016. Likewise, the Stranger Things official soundtrack has garnered much praise. More lists are recognizing Green Day's mediocre Revolution Radio and f***ing WEEZER, with their horrible White Album, before giving credit to blink-182's resurgence with California in the genre they share with the aforementioned.

All of this annoys me greatly. But my favourite album of the year isn't even on any list that I've scrolled through because it is criminally underappreciated.

I already described at length the reasons that this album is incredible and my personal favourite of the year so I don't need to brow-beat you into listening. If you haven't yet, you're missing out and you have no one else to blame but yourself. Certainly don't blame me; though, I'm a messenger and we're always the first to die, unjustly.

Take some time over these holidays and listen to this entire album. If you hate it, let me know. But give me detailed reasons why. And I will give you a detailed response as to why you know nothing, John Snow.

As a sample, check out Go! feat. Mai Lan. Then treat yourself to the rest of the tracks. That's my belated Christmas present to you. You're welcome.