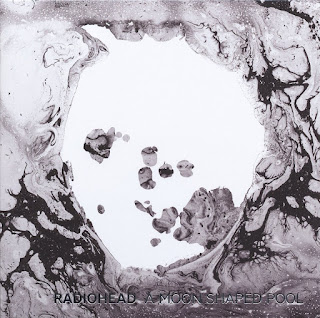 As we head towards the dawn of 2017, it's tempting to think that 2016 has been an all-round awful year... however, Nate McKenzie gives us some great music to look back on with his Top 5 albums of the year. And at number 2 is...

Thom Yorke and the other members of Radiohead surged back onto the scene this past year with A Moon Shaped Pool. The spectral, gripping sounds of A Moon Shaped Pool are ushered by the first single Burn The Witch, but this album is hardly limited to being the sum of one great song. Through and through, from blood to bone, the essence of Radiohead is apparent and permeating with every note. I fawned over the first single when it was released. But instead of me espousing the brilliance of Radiohead and belabouring the point, you should just listen to the second song on the album, Daydreaming.