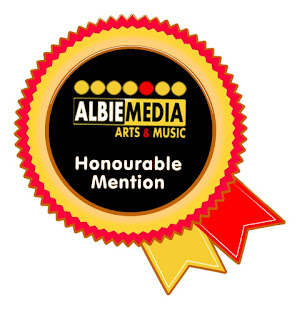 As we head towards the dawn of 2017, it's tempting to think that 2016 has been an all-round awful year... however, this week Nate McKenzie gave us some great music to look back on with his Top 5 albums of the year. Here's the ones that didn't quite make his top 5...

This past week's list of Favourite Albums of 2016 were only the five very best from this year (in my not-so-humble opinion). Of course, there was other music that didn't make it into the top five. 2016 wasn't an amazing year for music (even if you disregard the numerous deaths of incredible musicians). The overall quality of the music released won't be looked back on in years to come as a transcendent period in the annals of music history. But what was good, was very good.

Need some more music to remember 2016 by? I have you covered.

The Honourable Mentions of 2016

This Is Acting, Sia

This is the only other album that wasn't, but could have (maybe should have?) been in my top five. I can listen to Sia all day, every day, and never tire of her voice or sound. Her vocals have the distinct quality of sounding strained and scratchy, like salt water being forced through a too-small hole, and then effortless and pristine, literally in one breath. Even if the lyrics aren't exactly Shakespearean (it's dance music, not Joni Mitchell, after all) This Is Acting has a quiet depth. It is an album that deserves to be put on repeat and appreciated with multiple consecutive listening sessions.

Although the video for The Greatest is one of my favorite videos of all time (is anyone else jealous of how talented Maddy Ziegler and the rest of those kids are?), for a taste of what Sia is capable of outside of the dance-hall staples she is known for, check out Reaper.

For me, There Will Be Time took a listen or two to really get into. By the time the full Johannesburg E.P. came out, I had listened to the first morsel consistently for weeks. It was much easier to appreciate how wonderful Johannesburg is after that. The mini-album features African-inspired beats blended with Mumford and Sons folk flavor. It is peppy, bright, and hopeful without being... Bono-esque, if you know what I mean.

The second of the five tracks, Wona, is introspective and, yet, summertime music at the same time. Also, I just love the innocent cheesiness of the video.

First of all, if you haven't had a chance to see Arrival you are missing out on the most revelatory film-going experience in the last ten years, if not longer. Get off the internet (as soon as you finish this article) and go watch it. Skip work, school, your surgery, whatever it is that you have planned today, find a theater and go watch it.

Composer Johan Johannsson has worked with Arrival director Denis Villeneuve on his previous films Sicario and Prisoners, and they are collaborating once again on next year's Blade Runner 2049. Between Arrival, Sicario, and Prisoners, one can easily assess that the Villeneuve/Johannsson team-up is becoming quite formidable. Their work speaks for itself.

As far for the official musical score for Arrival, Johannsson has created an absolute masterpiece. The devices and techniques he implores breed music that makes words like 'intricate' and 'beautiful' seem dull and unworthy descriptors. Perhaps only dedicated audiophiles and those with an ear for music composition would truly appreciate the soundtrack without having viewed the movie. I would not consider myself either of those things, and I have seen the movie, but I think it is an immaculate collection of music, perfectly personifying the message and ambience of the film it accompanies.

As a crudité, treat your ears to Heptapod B, the second song from the soundtrack.