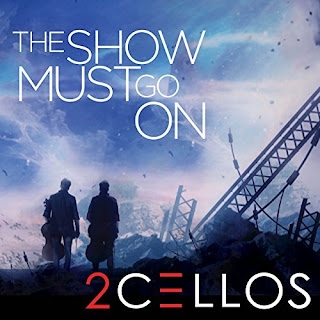 The dynamic instrumental duo 2CELLOS have released a new music video for "The Show Must Go On" by Queen...

Young Croatian cellists Luka Sulic and Stjepan Hauser, have achieved sensational success by taking cello to a new level. Their playing style has broken down the boundaries between musical genres, from classical and film music to pop and rock. There are no limits when it comes to performing live and they are equally as impressive playing Bach and Vivaldi as they are rocking out AC/DC.

2CELLOS rose to fame in 2011 when their version of Michael Jackson’s “Smooth Criminal” took the world by storm. The YouTube video became a massive viral sensation leading to a record deal with Sony Masterworks and an invitation to join Sir Elton John on his worldwide tour.


We've mentioned 2CELLOS before, when they had a whole lotta love for Led Zeppelin. Now they have taken on the might of Queen to commemorate 25 years since the loss of Freddie Mercury.

"We chose this song in celebration of the legendary Freddie Mercury," said 2Cellos. "'The Show Must Go On' is a dramatic and larger-than-life song and we wanted our video and interpretation of the music to reflect that."

Their 7 minute mini-movie certainly does that.