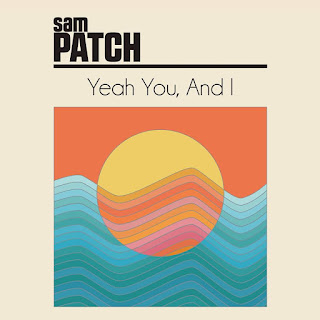 Arcade Fire's Tim Kingsbury goes even more indie as he releases his first solo album as somebody else on his own label, Dep Records...

Yeah You, and I is the [grammatically annoying - ed] debut album title from Tim Kingsbury and will be released on the Dep Records labels under the artist name of Sam Patch on 17th February next year.

Kingsbury unveiled the Sam Patch project last year, when he was performing in Montreal as part of Passovah Summer Fest. Talking about the album recently on his Facebook page at @sampatchmusic he said " I wrote and recorded the record over the last couple of years in a bunch of different places. I used the opportunity to get very comfortable in the studio by taking on the bulk of the the engineering and performing myself."

He described the music as "definitely rock music — I guess weird rock music" going on to explain that he used a Vox keyboard with a Moog synth and a nylon stringed guitar to create the sound.

Listen to the first single from the album, St Sebastian, below.

Yeah You, And I album tracklisting: