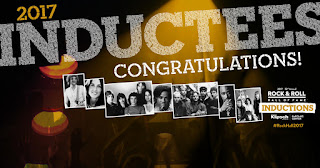 The names of the Rock & Roll Hall of Fame’s 2017 Inductees have been released...

Nominated and voted on by over 900 musicians, journalists and critics, as well as the aggregate results of the Rock & Roll Hall of Fame’s online fan vote, these artists and bands have made their permanent mark on music and continue to influence up-and-coming performers today. To be eligible for nomination, an individual artist or band must have released its first single or album at least 25 years prior to the year of nomination. The 2017 Nominees had to release their first recording no later than 1991 (and no that doesn't make us feel old at all... does it?)

As always with Rock and Roll though, there has been some controversy. You see, when bands are inducted into the Hall of Fame, only certain members are included, not everyone that has ever been with the band, no matter how famous. This led to Pearl Jam's drummer David Abbruzzese sharing a lot of angry posts from fans on his Facebook page, voicing their frustration (e.g. "Rock & Roll Hall of Fucktardia") at his exclusion from the band members being inducted. The official line from the Hall of Fame FAQs for the event says "There’s a lot of deliberation in the committee among people with deep and varying historical knowledge. Many bands have multiple people who have played some role, but ultimately we have to select the members that best define the most impactful iterations or line-ups." Which just goes to show you can never please all of the people all of the time. 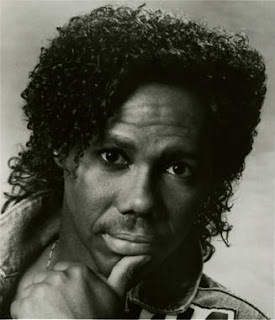 The Rock & Roll Hall of Fame Award for Musical Excellence winner for 2017 was also announced. This award honours musicians, songwriters and producers who have spent their life creating important and memorable music. Their originality, impact and influence have changed the course of music history. These artists have achieved the highest level of distinction that transcends time. This year's recipient is Nile Rodgers. Here's what the Hall of Fame has to say about him.

Rodgers began his journey as a session musician in his hometown, New York City – playing with the Sesame Street travelling band, and then as a house band member at the Apollo. In 1977 he formed the funk/disco/soul band CHIC along with bass player Bernard Edwards and their signature sound pushed hits including “Le Freak” and “Good Times” to the top of the charts and fuelled the dance floor at clubs like the infamous Studio 54.

In 1979, Rodgers and Edwards tried their hand at production and scored a massive success right out of the gate with Sister Sledge’s “We are Family.” In the 1980s Rodgers became one of the most sought after producers, helping to create albums that redefined an artist’s career, including Diana Ross - Diana, David Bowie - Let’s Dance, INXS - Original Sin, Madonna - Like a Virgin, Duran Duran - Notorious, The B-52s - Cosmic Thing and the Vaughn Brothers - Family Style. One of his most recent endeavours had him working as a key part of the team that created Daft Punk’s 2013 album Random Access Memories. Nile Rodgers has left his mark on rock and roll – and any of today’s dance band, funk-inspired, soul groove, electro musicians can trace their roots right back to him.

All images and info courtesy of the Rock & Roll Hall of Fame.
Email ThisBlogThis!Share to TwitterShare to Facebook