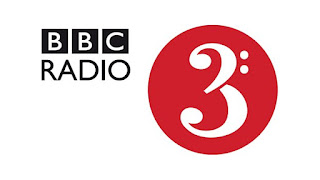 Webern, Schoenberg and Berg come to BBC Radio 3 in January; part of a year of programming inspired by cultural, social, religious and political unrest...

Entitled Breaking Free, Radio 3's 2017 theme will be divided into three parts. The first focus begins in January with an examination of a controversial early twentieth-century attempt to alter the direction of European music: the Second Viennese School.

The second focus starts in Spring, when Radio 3 turns its attention to the 500th anniversary of the sixteenth-century Protestant Reformation, a period of radical religious and political transformation which heralded a seismic shift in intellectual life, music and culture.

The Breaking Free year culminates in Autumn with the third focus, a look at the political upheaval and objectives of the 1917 Russian Revolution and how artists and musicians – from sympathizers to exiles – responded.

Controller of Radio 3 Alan Davey says: "In our own interesting and uncertain times it is illuminating to look to turbulent events of the past; the arts act as a lens, helping to make sense of the world around us. BBC Radio 3 has a long history as a cultural pioneer, inspiring, challenging and connecting our listeners with remarkable music and culture - what better way to start the New Year than by discovering moments that altered the musical and cultural landscape forever."

Breaking Free begins straight after the annual New Year’s Day Concert from Vienna, with a shift to the groundbreaking music of the three composers at the heart of the Second Viennese School, who dared to tamper with the building blocks of music; Arnold Schoenberg, Alban Berg and Anton Webern.

The week-long focus, Breaking Free: The Minds that Changed Music, leaves few stones unturned in its attempt to tell the story of the radical new Viennese School that built a new system for composing twelve-note music - from rare audio of Schoenberg talking about his music, to the unlikely link between a pack of cards and an asteroid.

Breaking Free traces how these musicians, living in the turbulence of Central Europe in the run-up to the First World War and its aftermath, cast music on a new path of discovery, shocking audiences then and even now.

Tom McKinney presents a special series focusing on five Viennese objects, from a set of playing cards designed by Schoenberg to an asteroid named after Webern. He also investigates Schoenberg’s fear of the number 13 and Berg’s fascination with the number 23.

Throughout the week, Breakfast plays early works by the three composers and Essential Classics gives an airing to the seldom-heard Schoenberg String Quartets which, together, chart the clear evolution of his music from Brahmsian tonality to strict serialism. Afternoon on 3 features works by the three composers performed by the BBC Orchestras and Choirs. There will be another chance to hear the Royal Opera House’s production of the shattering Berg opera Wozzeck, and In Tune hosts a live performance of Schoenberg’s masterpiece of dark tonality, Verklärte Nacht.

The week concludes with the enormous energy and cataclysm of one of the twentieth century’s most seminal operas, Berg’s Lulu, in English National Opera’s recent production. Watch an introduction to the opera below, from the director of the ENO production, William Kentridge.