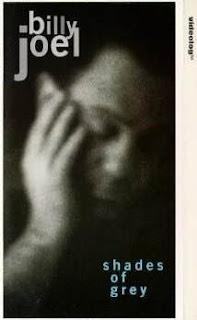 "Give me a subject to write about" said Steve Taylor-Bryant. OK, we said. Cue a 1990's themed week of Song of the Day. Today it's the Maestro himself, Billy Joel...

"Some things were perfectly clear, seen with the vision of youth
No doubts and nothing to fear, I claimed the corner on truth
These days it's harder to say I know what I'm fighting for
My faith is falling away
I'm not that sure anymore"

You didn't think you'd get through the week without me shoe-horning in a Billy Joel song did you? 1993 was an important time for us fans as it saw the release of the final studio album, not including classical music, that Billy would produce. You all know my feelings on Billy Joel as I know you're avid readers of my articles, but I don't think any of you understand how important River of Dreams' release actually was. I suppose its lasting legacy is that, 23 years later and with no release since, Billy Joel is still selling out stadium shows without poorly produced or rushed albums tainting his legend (Bon Jovi I'm looking at you).

Of all the tracks on River of Dreams it's Shades of Grey that made it highest in my Top 10 Billy Joel chart so that's the song I'm unleashing on you all today.