News - Robster on the Radio 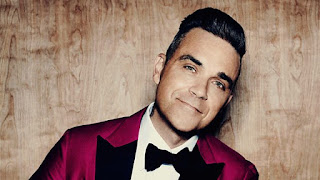 The Ego has Landed at Radio 2, with an exclusive Robbie Williams concert, interview and general chat being broadcast live on December 8th...

The intimate gig will take place in London and will be broadcast live on the network from 8pm, as well as in vision on the BBC Red Button and streamed on the Radio 2 website.

Robbie will perform a special sound-check set for Ken Bruce (9.30am-12noon) on the morning of his concert, and will also speak to Simon Mayo on his Drivetime show later in the afternoon (5-7pm). He’ll also be interviewed live by Jo Whiley between 5.45pm and 6pm on the BBC Red Button and at bbc.co.uk/radio2.

Jeff Smith, Head of Music BBC Radio 2 and 6 Music, said “Robbie is a true superstar and he’s a huge favourite with the Radio 2 audience so we are all in for a real treat as we put him into our exclusive In Concert studio to perform a unique mix of classic and new tracks on radio and Red Button.”

Robbie added "I'm really looking forward to playing this intimate show for Radio 2 ... the station and the audience have always been such great supporters of mine."