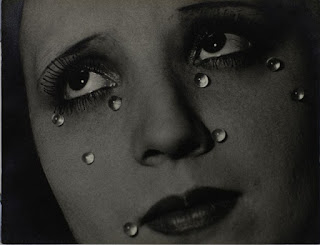 Drawn from one of the world’s greatest private collections of photography, this unrivalled selection of classic modernist images from the 1920s to the 1950s features almost 200 works from more than 60 artists, including seminal figures such as Berenice Abbott, André Kertész, Man Ray, Alexandr Rodchenko and Edward Steichen among many others. The exhibition consists entirely of rare vintage prints, all created by the artists themselves, offering a unique opportunity to see remarkable works up close. The quality and depth of the collection allows the exhibition to tell the story of modernist photography in this way for the first time in the UK. It also marks the beginning of a long term relationship between Tate and The Sir Elton John Collection, as part of which Sir Elton and David Furnish have agreed to give important works to the nation.

The Radical Eye introduces a crucial moment in the history of photography – an exciting rupture often referred to as the ‘coming of age’ of the medium, when artists used photography as a tool through which they could redefine and transform visions of the modern world. Technological advancements gave artists the freedom to experiment and test the limits of the medium and present the world through a new, distinctly modern visual language. This exhibition reveals how the timeless genres of the portrait, nude and still life were reimagined through the camera during this period, also exploring photography’s unique ability to capture street life and architecture from a new perspective.

Featuring portraits of great cultural figures of the 20th century, including Georgia O’Keeffe by Alfred Stieglitz, Edward Weston by Tina Modotti, Jean Cocteau by Berenice Abbott and Igor Stravinsky by Edward Weston, the exhibition gives insight into the relationships and inner circles of the avant-garde. An incredible group of Man Ray portraits are exhibited together for the first time, having been brought together by Sir Elton John over the past twenty-five years, depicting key surrealist figures such as Andre Breton and Max Ernst alongside artists including Henri Matisse, Pablo Picasso and Dora Maar. Ground-breaking experimentation both in the darkroom and on the surface of the print, such as Herbert Bayer’s photomontage and Maurice Tabard’s solarisation, examine how artists pushed the accepted conventions of portraiture.

As life underwent rapid changes in the 20th century, photography offered a new means to communicate and represent the world. Alexandr Rodchenko, László Moholy-Nagy and Margaret Bourke-White employed the ‘worm’s eye’ and ‘bird’s eye’ views to create new perspectives of the modern metropolis - techniques associated with constructivism and the Bauhaus. The move towards abstraction is also explored, from isolated architectural elements to camera-less photography such as Man Ray’s rayographs and Harry Callahan’s light abstractions.

A dedicated section of the exhibition looks at the new approaches that emerged in capturing the human form, highlighted in rare masterpieces such as André Kertész’s Underwater Swimmer, Hungary 1917, while Imogen Cunningham’s Magnolia Blossom, Tower of Jewels 1925 and Tina Modotti’s Bandelier, Corn and Sickle 1927 feature in a large presentation dedicated to the Still Life. The important role of documentary photography as a tool of mass communication is demonstrated in Dorothea Lange’s Migrant Mother 1936 and Walker Evans’ Floyde Burroughs, Hale County, Alabama 1936, from the Farm Security Administration project.