News - America after the Fall: Painting in the 1930s 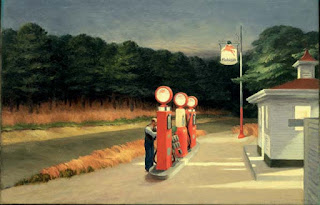 In February 2017, the Royal Academy of Arts will present America after the Fall: Painting in the 1930s, an exhibition chronicling the turbulent economic, political and aesthetic climate that dominated the decade following the Wall Street Crash of 1929...

Drawn from collections across the USA, America after the Fall will showcase forty-five seminal paintings by some of the foremost artists of the era. For the very first time, Grant Wood’s iconic painting American Gothic, 1930 (Art Institute of Chicago), will be exhibited outside North America. The exhibition will also feature works by Thomas Hart Benton, Georgia O’Keefe, Philip Guston, Edward Hopper, Alice Neel and Jackson Pollock. 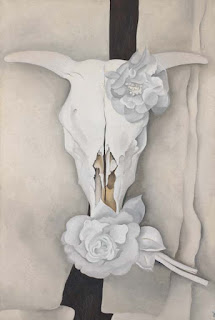 The devastating impact of the Great Depression, brought about by the Wall Street Crash and followed by the Dust Bowl, caused America to enter the 1930s in flux. Over the next decade, the consequences of economic insecurity and social hardship, fuelled by mass urbanisation, industrialisation and immigration, reverberated throughout the country, as it struggled to rebuild. Artists endeavoured to capture these rapid changes, seeking to redefine American identity in their work, inadvertently creating a debate over what would become the national art form. 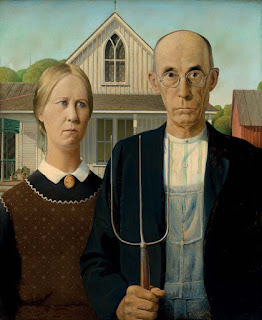 This focused survey of American art is marked by the rich diversity of artistic output. Artists experimented with styles ranging from Abstraction to Regionalism and Surrealism, in order to engage with issues including populism, labour and social protest. Regardless of style, many artists hoped their work could help repair a democracy damaged by economic and political chaos. These artistic developments were also a precursor to the major post-war movements of Abstract Expressionism and Pop Art. 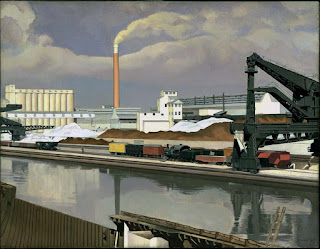 America after the Fall: Painting in the 1930s will be arranged around thematic sections. Industrial Life will examine how artists addressed the power of manufacturing and labour. Urban Life will capture the role of the city and mass entertainment. Looking to the Past will reveal how artists in the Depression era looked back at American history, myths and culture for inspiration. Country Life will show how Regionalist artists, such as Thomas Hart Benton idealised the rapidly disappearing rural America. The trauma of the period, whether from the rise of Fascism or economic uncertainty, will be explored in Visions of Dystopia. Finally, Looking to the Future presents work by artists such as Arthur Dove and Jackson Pollock, who created dynamic paintings that abandoned figuration and served as a foundation to Abstract Expressionism. 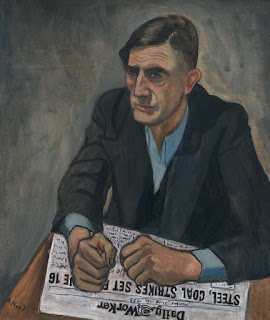 America after the Fall: Painting in the 1930s has been organised by the Art Institute of Chicago, in collaboration with the Royal Academy of Arts, London, and Etablissement public du musée d'Orsay et du musée de l'Orangerie, Paris.