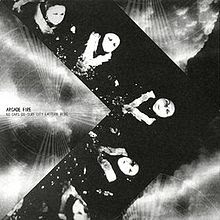 Monday was World Mental Health Day, which aims to educate people on Mental Health issues and dispel some of the surrounding stigmas by getting people talking about the topic. This week, SoTD will be all about songs on that theme, that hopefully illustrate how music can be both affected by, and affect, illnesses of the mind.


The songs this week have talked about both the famous and the wealthy. It can be tempting to think that mental health issues are easier to solve when you have both attributes.

But this site is about the power of music and how it changes the world. So it's time to talk about how today's song very much saved my life.

I was at a very unhappy part of my life. My health was very poor, but I thought it far better than it was. Travelling down to see some friends on the train, I was suddenly gripped by panic at the idea of meeting a large group of people. I began to hyperventilate and shake. Then this song came on.


I can't point to what about the song dragged me out of a dive into a full blown panic attack. But its upbeat and uplifting melody (despite rather downnote lyrics) gripped me and wouldn't let go.

I wasn't ‘better’ by the time the song was over. Nor was I ‘cured’. Life doesn't work like a Hollywood film.

But I was no longer having a panic attack. I went on to see my friends. And I now had the most important piece I needed to get help; I wasn't alright.

That's the power of music.

If you want to learn more about mental health issues, or feel that you may be suffering from them or a related illnesses, the Mind website is a great place to start. http://www.mind.org.uk/