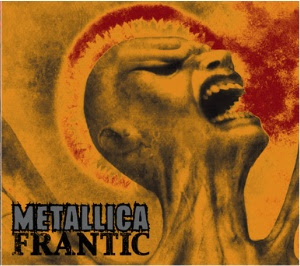 Monday was World Mental Health Day, which aims to educate people on Mental Health issues and dispel some of the surrounding stigmas by getting people talking about the topic. This week, SoTD will be all about songs on that theme, that hopefully illustrate how music can be both affected by, and effect illnesses of the mind.

Today’s pick is a topical slice of metal to blow any cobwebs out of your ears that may have gathered during the week. Famed rockers Metallica have never shied away from honesty* and famously made their public breakdown as a band into a documentary and album; St Anger.

Whilst the album gets a bit of a drubbing from critics and fans alike, it doesn't stop there from being some barnstormers on it and Frantic is one of them. Capturing the effects stress and pressure had on the group over time, it still manages to be heavy as hell. But it also carried a strong message; not stopping occasionally to look after yourself will just leave you burnt out, broken and ill.

It's a message today's artists should bear in mind, especially when there is more pressure than ever to get ahead by overworking.


If you want to learn more about mental health issues, or feel that you may be suffering from them or related illnesses, the Mind website is a great place to start. http://www.mind.org.uk/