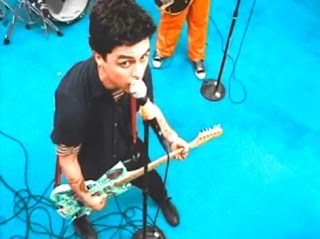 
Monday was World Mental Health Day, which aims to educate people about Mental Health issues and dispel some of the surrounding stigmas by getting people talking about the topic. This week, SoTD will be all about songs on that theme, which hopefully illustrate how music can be both affected by, and affect, illnesses of the mind.

Basket Case is a song written from personal experience – frontman Billy Joe Armstrong went through a long period of suffering from anxiety without knowing what it was. It was only a chance encounter that sent him to the doctor where he received a diagnosis and the help he needed. He recalls that before the diagnosis he thought he was “Just going insane – the only way I had to express myself was to write an ode to it.”

“I think of a song like 'American Idiot' as feeling, ok, there is a lot of chaos in the world, people getting murdered. There is no way to make sense of a world like that. You feel like a victim of it. 'Basket Case' is the same way”


If you want to learn more about mental health issues, or feel that you may be suffering from them or a related illnesses, the Mind website is a great place to start. http://www.mind.org.uk/