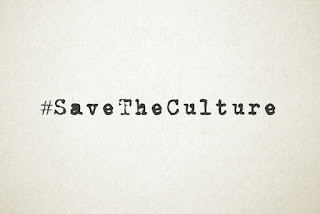 Nominated to #SaveTheCulture by the Defective Inspector, VentSpleen has an encounter with some BareNaked Ladies... and Gordon...

Oh, I had totally forgotten about the BareNaked Ladies, I really liked them. They featured in an episode of Charmed as themselves, performing at P3 (Piper's nightclub - and just go and watch Charmed if you don't know what I'm going on about) so I have to thank the Defective Inspector for passing on his nomination for this review. I must join you in quaffing from your Chalice of Doom soon, sir!

Gordon is the 'Ladies' debut album and it explodes out of your speakers with the intelligent and eclectic sound that BNL are rightly applauded for. It takes a band that is both accomplished musically and confident in its own ability to effectively fuse such diverse genres as pop, rock, hip hop and rap. When they sprinkle this liberally with a peppery jazz or funk garnish there is much to love about BNL. Gordon is an astounding debut album that features many of the bands more well known songs such as Enid and Be My Yoko Ono. Take the first track for example, Hello City is so Housemartins in its sound it could almost be a cover but just as you are relaxing into its laid back style, complete with muted trumpet, it goes all feisty and raucous on you. It's not until the end of the song that you realise you were entirely right about The Housemartin's reference as the band break into Happy Hour as an affectionate tribute, it's clever!

BareNaked Ladies are not all about fantastic and engaging music though and their closely interwoven vocals soar with both power and harmony. A BareNaked Ladies song greets you like a long lost friend, even on a first listen, and their aren't many bands around now you can say that about. The oft told legend that the BNL's record albums naked is true and originates with the difficult recording of The King Of Bedside Manor which led to the band recording it nude. It worked so well they now continue with the "tackle out" tradition to this day! It is also rather wonderful that Brian Wilson recently covered his own self monikered BNL track at a recent live tour, you have to notice a band that a Beach Boy likes.

In an age where so much manufactured and plastic music marauds around the charts assaulting our ears with tedious banality it is a blessed audible relief that BareNaked Ladies still innovate and beguile. It started with Gordon and long may they continue.

I now nominate the beardy wonderment that is Neil Vogler to cast his gaze over the eighties feast of the Top Gun soundtrack. In an era where big hair and synth tinged fret fumbling ruled, there was one god that stood with the whole decade resting on his Turtlesque back. I feel the need, the need for Harold Faltermeyer.