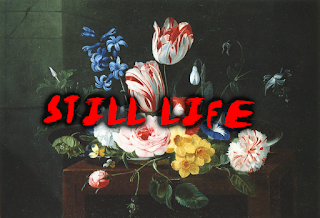 According to official Fine Art History education, there are five accepted “genres” or classifications of paintings which were defined in the 17th Century – History, Portrait, Genre (everyday life), Landscape and Still Life. Each day this week Susan Omand picks a well known painting from one of these classifications to look at in more detail. Today it's not moving...

Still Life is more about the still than about the life because essentially, the subject matter of a still life painting is anything inanimate, whether natural or man-made, placed on a table or in front of a backdrop as the main focus of the picture. The phrase actually derives from the Dutch word 'Stilleven', a term used in 17th century Dutch painting to describe pictures previously entitled 'Fruit' or 'Flower Pieces'. Early still life paintings, particularly before 1700, often contained religious and story-telling symbolism relating to the objects depicted but, after that, objects tended to be grouped together purely to allow the artists to show their adeptness at depicting contrasting textures like reflective glass, shiny fruit and feathers and the Dutch were incredibly good at it.

Famous still life paintings include Jan van den Hecke's Plate of Flowers on a Table, Still Life with Apples and Pears by Paul Cézanne and this one by Vincent van Gogh, Twelve Sunflowers. 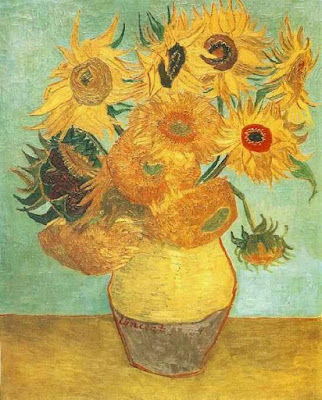