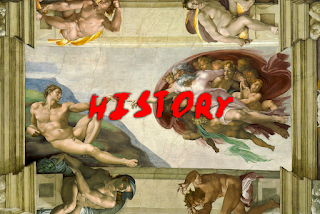 According to official Fine Art History education, there are five accepted “genres” or classifications of paintings as defined in the 17th Century – History, Portrait, Genre (everyday life), Landscape and Still Life. Each day this week Susan Omand picks a well known painting from one of these genres. Today she goes a bit classical...

“History painting” was seen as the most important of the genres introduced by the French Royal Academy in the seventeenth century as part of a hierarchy of artwork that was based on the notion of “man as the measure of all things”. The term “history” derives from the Italian word "istoria", meaning narrative (story), and refers to paintings showing the exemplary deeds and struggles of moral figures. Although towards the end of the eighteenth century history painting included modern historical subjects such as battle scenes, initially it was used to describe paintings with subjects drawn from ancient Greek and Roman (classical) history, classical mythology and the Bible.

Famous examples of History Painting include The Creation of Adam, which is Michaelangelo’s “finger painting” on the ceiling of the Sistine Chapel, the water-y Ophelia by John Everett Millais and this one - Botticelli’s Birth of Venus 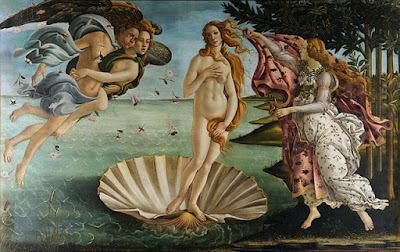