Steve Taylor-Bryant looks back a decade at a singing contest on the television to create a rock super group. Sorry, we tried to stop him but he really is faster than he looks...


Oh dear. I remember convincing the upper management (Susan - She's over there deep frying Kit Kats in the name of science) that starting a music and arts site would be a good idea and no one on the staff would be stupid enough to try and review a televised singing contest. Right, erm... At least it's not X Factor?

No, the show I'm on about today is a few years old now and took place in them there States United of Americaland. Ten years ago season 2 of Rock Star (season 1 was to find a new singer for INXS) was to create a super group called Supernova, which became Rock Star Supernova after a court battle with the actual band Supernova (no, I've never heard of them either) about naming rights. Why am I waffling on about a reality singing show from 10 years ago? Well, I was trying to explain who Storm Large was and not getting through my message of how wonderful she was. It wasn’t until I mentioned her singing with Gilby Clarke that interest actually started to be shown by the person trying to escape my caffeine filled words. So I thought I’d remember the show a little bit for you guys and share some of the performances I enjoyed a decade ago.

The super group was made up of Motley Crue’s Tommy Lee on drums, ex-Metallica bassist Jason Newsted, and former Guns ‘n Roses string widdler Gilby Clarke. Each week, contestants would come on and sing a cover with the house band for the musicians and the show's co-host, Chilli Pepper Dave Navarro, to judge them and each week there was the obvious voting off of those not good enough to stay. Sometimes a contestant would be surprised as they would get to perform with a member of Supernova, sorry – Rock Star Supernova, sometimes the entire band and the like. They got to perform their own spin on a classic and some weeks, as the competition became tighter, they got to perform an original song. There were some incredible singers throughout the entire run and, whilst the eventual winner, Lukas Rossi, was probably the right choice as he had hardly ever been in the losing segment and showed great consistency, I still would have preferred either Toby Rand or Storm Large to get the gig, and Dilana who finished second and got $475,000 hasn’t even had a mention yet. Let’s get the final two out of the way first so you get an idea of what the judges went for and then I’ll finish with the performances by Toby and Storm that blew my mind when I originally watched the show. 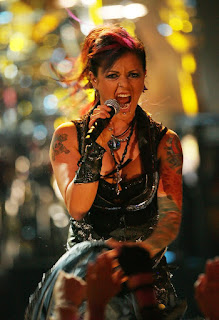 I liked Dilana, she was an incredible singer it’s just sometimes I think she lacked in ‘showman’ front. It’s okay being a good singer but sometimes you have to give that little bit more when it comes performance. Of all the covers and originals that Dilana sang during the show it was Roxanne by The Police that even after a decade I still remember vividly. 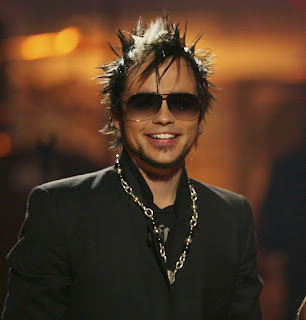 Lukas was extraordinarily good, like really, really watchable and reliable, very rarely dropping a note, original material was excellent, I just didn’t warm to him that much. Still I don’t think he’s bothered what I think as he won $1million and got to front Rock Star Supernova. Of all the performances it was the Radiohead song Creep that I think put him firmly in the judge’s mind.


Oh yes, I nearly forgot… Magni Ásgeirsson from Iceland also did well, finishing fourth overall but honestly I don’t know how. He really wasn’t great so I’m not mentioning him again. 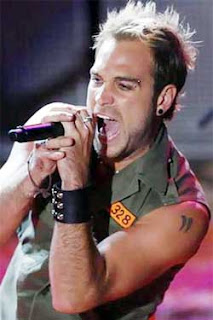 I loved Toby from day one. I know many Australian people and they are all batshit crazy, genuinely nice folk and, man alive, aren’t they entertainers. Toby is getting two videos because, well it’s my article and I can.

First up is his own original song, Throw It Away – dedicated to Steve Irwin who had passed away a few days before the performance.


Toby put everything he had into performances and quite honestly should have won, I can’t remember why the judges didn’t go for him to be honest but Toby has had a great career since including fronting his band London Cries touring with Slash and the like. I’ll leave you with one I loved and the judges didn’t (they must have been drunk or something) Burning Down the House by Talking Heads. 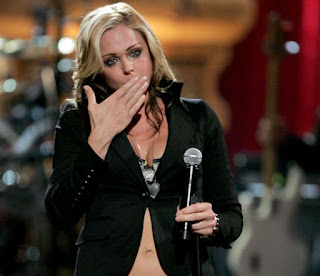 Then we come to one of my favourite singers of all time. A female voice I genuinely put up there with Amy Lee and Stevie Nicks, Storm Large. She is beautiful, she is sassy, and she has the voice, the stage presence, the writing ability, what more could people want? At least Dave Navarro fronted up and recorded guitar on Storm Large’s album Ladylike Side One. There was so many Storm Large performances I could put up as videos but since even 10 years later I can still sing all the words here is the expletive free version of her own composition, Ladylike.


The punk attitude and rock voice? Okay, here’s Anything, Anything by Dramarama covered by Storm Large…


But Storm has a voice for all occasions not just the raunchy side of rock. I never cried at this cover at the time but since we lost David Bowie this year I seem to be welling up every time I watch it. Ladies and gentleman MY pick for Rock Star Supernova, singing Changes by David Bowie… Storm Large.