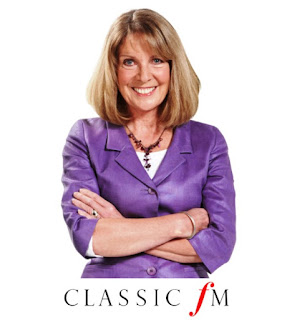 As part of the Royal Scottish National Orchestra’s 125th anniversary celebrations, Classic FM will broadcast an exclusive RSNO live-recorded performance every Monday from now until Christmas...

Classic FM’s The Full Works Concert, on-air from 8.00pm until 10.00pm and hosted by Classic FM presenter Jane Jones, will feature eleven full concerts from the RSNO, including selected highlights from the 2015/16 Season as well as performances from the first half of the forthcoming orchestral year.

The special programmes launch on Monday 3rd October with the broadcast of Rachmaninov’s Piano Concerto No3 with soloist Boris Giltburg, and Suites 1&2 from De Falla’s Three-Cornered Hat. The following week the featured broadcast will be taken from the RSNO’s opening concert of the 2016/17 Season at the Glasgow Royal Concert Hall, with Music Director Peter Oundjian leading the ensemble in a performance of Rachmaninov’s Symphony No2 and Tchaikovsky’s Violin Concerto, with soloist Nicola Benedetti. Online at ClassicFM.com, there’ll be an exclusive video masterclass in which Nicola explores this masterpiece by Tchaikovsky. Further guest soloists to feature in Classic FM’s The Full Works Concert include pianists Paul Lewis and Lars Vogt, violinist Jennifer Pike, cellist Giovanni Sollima, and singers Marita Sølberg, Renata Pokupić, Ben Johnson and Stephan Loges.

Classic FM presenter Jane Jones said “Classic FM is proud to be celebrating the Royal Scottish National Orchestra’s 125th anniversary, a significant milestone in the history of classical music in the UK. Over the next three months, our listeners will be treated to a series of concerts recorded at the RSNO’s home in Glasgow which showcase the talent and versatility of Classic FM’s Orchestra in Scotland.”

Dr Krishna Thiagarajan, Chief Executive of the RSNO added “The RSNO and Classic FM have enjoyed a flourishing partnership since 2003, with the nation’s favourite classical music broadcaster communicating our efforts and helping us build new audiences for classical music in Scotland. We’re very proud of our heritage as Scotland’s most established performing arts organisation and with Classic FM we can share our enthusiasm with millions of listeners across the UK.”

Classic FM is available on 100-102 FM, digital radio, at ClassicFM.com and on the Classic FM app. For more information visit www.ClassicFM.com or www.rsno.org.uk.