News - Brassed Off at the Albert Hall 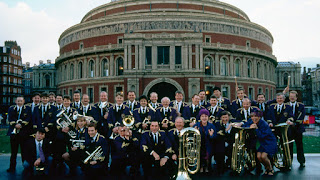 Beloved British movie Brassed Off will receive a special 21st birthday screening next year at the Royal Albert Hall...

The event will also include a pre-show Q&A with special guests and the film’s score will be played live by the Grimethorpe Colliery Band – all on the iconic stage where its famous finale takes place.

The classic 1996 film, starring Stephen Tompkinson, Ewan McGregor, Tara Fitzgerald and Pete Postlethwaite comes to the Royal Albert Hall for a one-off performance on Tuesday 9th May, making it the first British film to get the venue’s pioneering film-and-live-music treatment.  As well as the Grimethorpe Colliery Band, the film’s incidental and mood music will be performed on the night by members of the world-renowned Royal Philharmonic Concert Orchestra.

Its unforgettable climax takes place at the London venue, where the proud miners who comprise a South Yorkshire colliery band compete in the National Brass Band Championships.

Stephen Tompkinson said, “I’m incredibly proud to have been part of the team that brought Brassed Off to the screen, and I can’t wait to see it again, in the Royal Albert Hall, of all places! The chance to hear the Grimethorpe Colliery Band accompanying the film live will make for an unforgettable evening.”

Lucy Noble, Director of Events at the Royal Albert Hall, added “We’re delighted to present this unique celebration of one of the nation’s favourite movies, in the company of the stellar cast and featuring the band whose experiences made for such a funny, poignant and powerful real-life drama.” 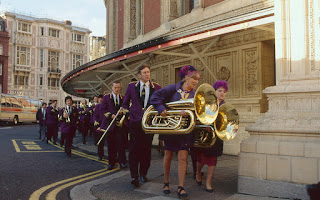 Though the film is set at the Royal Albert Hall and features external shots of the famous venue, the interiors were filmed at Birmingham Town Hall after the makers struggled to get permission to shoot their then little-known project.

Producer Steve Abbott, who helped to create the film alongside director Mark Herman, said: “It’s a great honour to hold the world premiere of Brassed Off Live at Britain’s finest venue – we’re so thrilled that our story will finally get the Royal Albert Hall ending it deserves, 21 years on.”

Brassed Off was the surprise box-office hit of 1996 and was nominated for three BAFTAs, as well as winning nine international film awards, including a prestigious César award in France for Best Foreign Film. It regularly features in lists of the best British films ever made, including the BFI’s definitive top 100.

Find out more at book tickets at www.royalalberthall.com