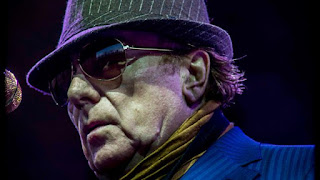 Van Morrison is the latest star to perform an exclusive live concert for the BBC Radio 2 In Concert series...

The performance will take place at the BBC Radio Theatre, London on Thursday 29th September, to be broadcast live on Radio 2, as well as live on BBC Red Button and online. Listeners will also be able to hear part of Van Morrison’s soundcheck that day in Ken Bruce’s Radio 2 show.

In a career spanning more than 50 years, Van Morrison rose to fame in the mid-1960s as the lead singer of the Northern Irish R&B band Them, before embarking on a successful solo career.

The Brown Eyed Girl and Moondance singer has received six Grammy Awards, a Brit for Outstanding Contribution to Music, and has been inducted into both the Rock and Roll Hall of Fame and the Songwriters Hall of Fame. This year he was also knighted for his musical achievements.

In this exclusive concert in front of an intimate audience, Van will perform some of his best loved hits alongside tracks from his new album - Keep Me Singing - on the eve of its release.

Van said, “I’m looking forward to performing at the beautiful BBC Radio Theatre for Radio 2 In Concert. See you on the 29th.”

Jeff Smith, Head of Music BBC Radio 2 and 6 Music, added “Van Morrison is one of the true legends of rock music. I’ve wanted Van to do In Concert since I relaunched the show and so I’m really excited that he accepted my invitation to kick off this year's Winter season of In Concerts. It will be a really exclusive performance in the intimacy of the BBC Radio Theatre.

"The concert will also be available to watch live online at bbc.co.uk/radio2and on the BBC Red Button, so viewers and listeners alike can enjoy what I’m sure will be an amazing evening of music.”

Tickets for the event can be applied for online at bbc.co.uk/radio2. Tickets are free and successful applicants will be selected at random once the registration period has closed. The ticket giveaway is open 10pm on Thursday 22 September.

On Sunday 2 October, Clare Teal’s Radio 2 show (7-9pm) will feature an exclusive interview with Van Morrison. Clare will be chatting to Van about the music he has made throughout his career, his love of jazz and swing sounds, plus his new album.

Clare said, "I’m beyond thrilled to get the rare opportunity to chat to this ever evolving musical legend, a man whose songs have peppered the signposts of our lives over the last fifty years, to learn a little about his creative process and hear some of the records that have inspired this great artist.”