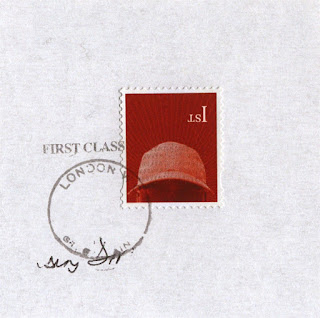 The winner of the 2016 Mercury Music Prize has been announced (and it wasn't David Bowie)...

Skepta has won the 25th Mercury Music Prize for his album 'Konnichiwa', following in the footsteps of PJ Harvey, Pulp, and last year's winner Benjamin Clementine.

Shaun Keaveny hosted the first part of the Awards Show featuring live performances from the shortlisted ‘Albums of the Year’ including The 1975, Kano, Bat For Lashes, Jamie Woon, Laura Mvula, Michael Kiwanuka, Savages, The Comet Is Coming, Anonhi and Skepta. There was also a special performance by Michael C. Hall, the principal performer in the play Lazarus, to represent the David Bowie ‘Blackstar’ album. Radiohead premiered a Present Tense.

The Hyundai Mercury Prize ‘Albums of the Year’ celebrate and promote the best of UK music, recognising artistic achievement across an eclectic range of contemporary music genres. The 12 albums were chosen based solely on artistic merit by a panel of judges including Jessie Ware, Naughty Boy, Jamie Cullum, Clara Amfo and Jarvis Cocker.

Here is how Jarvis Cocker announced the winner

"If David Bowie was looking down on the Hammersmith Apollo tonight, he would want the #MercuryPrize to go to...." pic.twitter.com/ifqqxKCR8I
— BBC Music (@bbcmusic) September 15, 2016